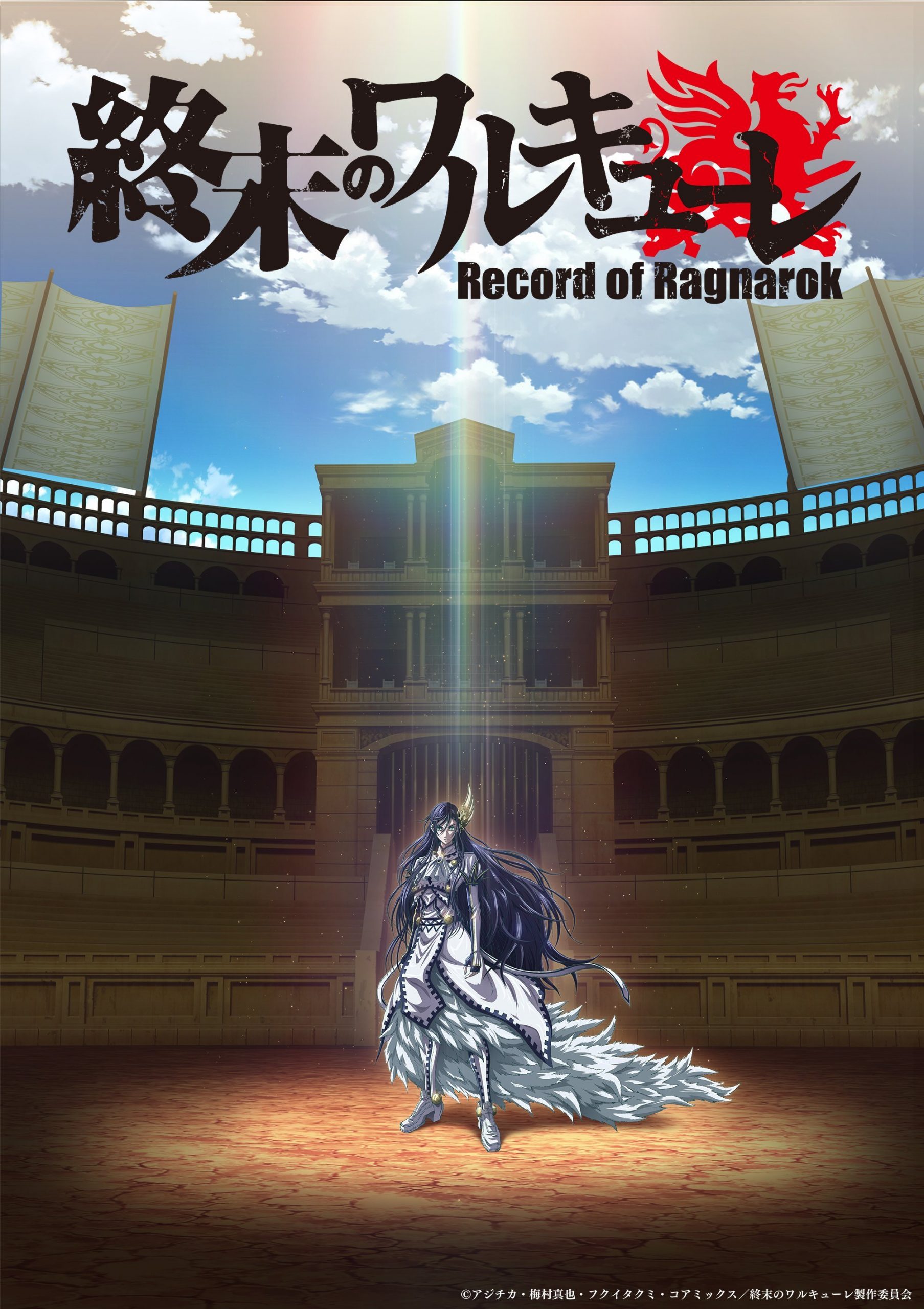 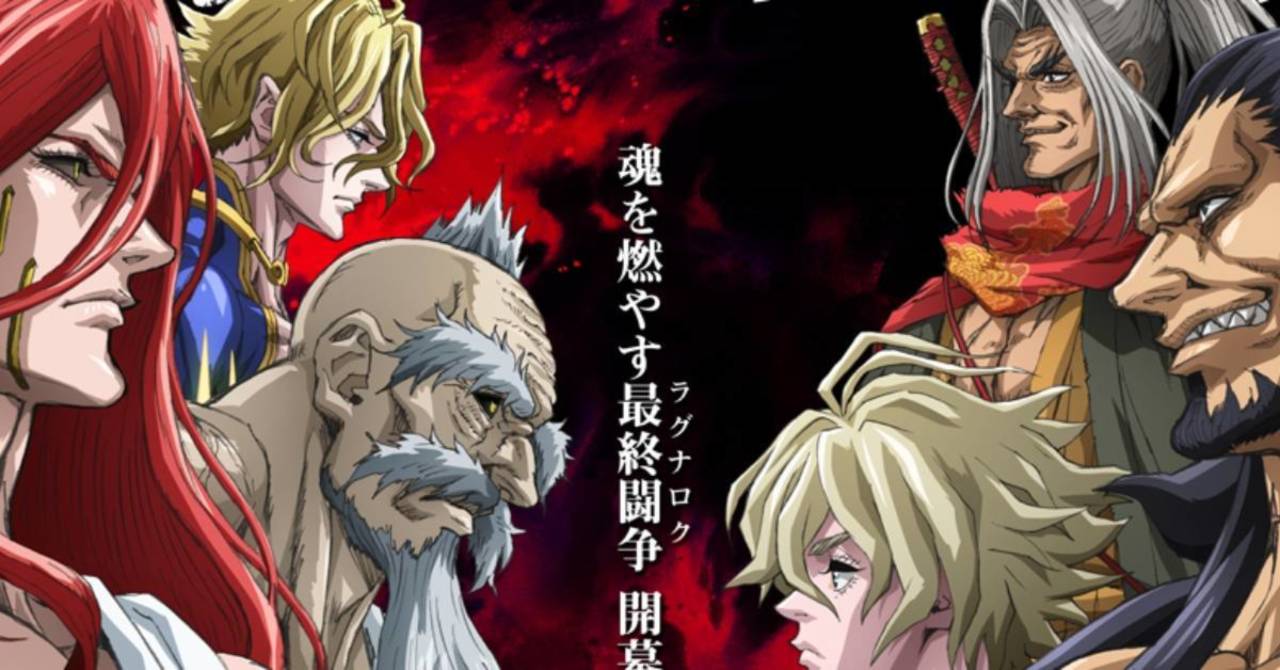 The record of Ragnarok is originally a Japanese manga that was first released on November 25, 2017.

Today we will discuss everything we knew so far regarding the Record of Ragnarok Manga!

Read below to find out the release dates, plot, characters, voice actors of the show- Record of Ragnarok manga.

It was serialized on Monthly Comic Zenon, a Japanese magazine. The manga currently has three volumes.

Warner Bros. Japan announced that the Record of Ragnarok manga will be adapted as anime series. They also stated that it will be released on Netflix.

Warner Bros. Japan also released a teaser for the Record of Ragnarok anime:

Besides Warner Bros. Japan, Netflix has also launched an official trailer for the show Record of Ragnarok.

Both the teaser and trailer had a great response from the fans globally, so it is believed this anime will surely become a huge Netflix anime hit!

Have Netflix confirmed the release date for the Record of Ragnarok anime-manga?

Although Netflix has confirmed the release of this show Record of Ragnarok manga by launching an official trailer one month back, Netflix has not publicly announced the release date for this show! Based on the sources available on the internet, It is said that the Record of Ragnarok will be released around June 2021. There’s no information regarding the number of episodes, runtime, or the number of seasons regarding this anime.

Adding to the Record of Ragnarok anime, Netflix is about to release forty plus anime shows this year 2021.

The official trailer for the show Record of Ragnarok manga released by Netflix is attached below:

The storyline for the Netflix series: Record of Ragnarok manga! Read to find the storyline below!

Record of Ragnarok is a battle between Gods and humanity. God’s council took place once in a thousand years to decide upon the fate of humanity, based on the collective decision, the Gods will decide whether to keep humanity alive or exterminate humanity once and for all. So, after seven million years, Gods on their council meeting decided that humans should go extinct as they are hopeless.

However Brunhild requests the Gods to take another chance over humanity, This eventually leads to a battle of Ragnarok. It’s a battle between the thirteen strongest Gods and thirteen notable humans in the history of mankind. According to this battle, humanity will be kept alive if humans secure seven-position against the Gods.

Valkyries help the humans in the battle of Ragnarok by transforming themselves into combat weapons as per the preference of the user.

Record of Ragnarok manga: who are the characters? 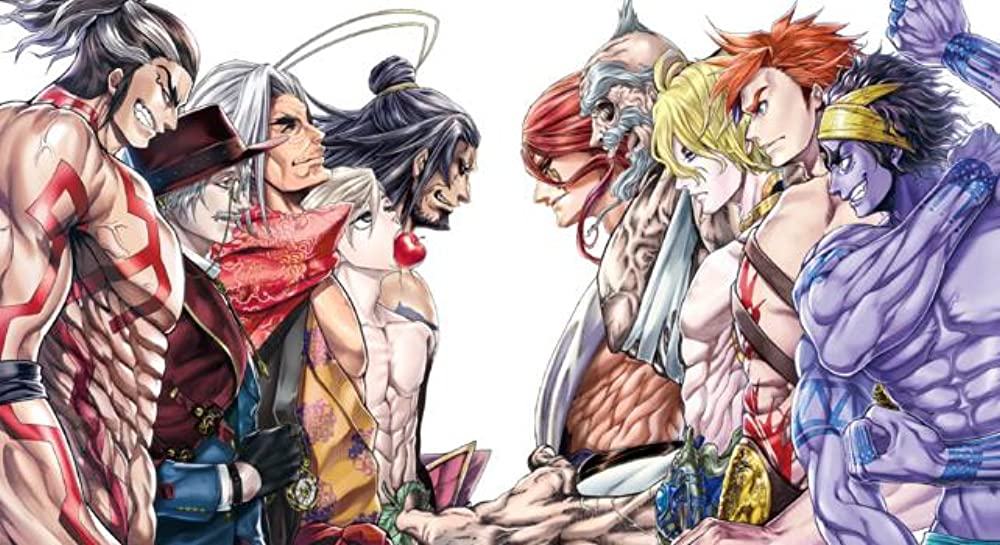 Zeus is a Greek god who is also known as the God of the sky. He fights bare-handed during the Ragnarok match. He is the chairman of the Council of Gods. Zeus’s opponent is Adam from the human’s side.

Thor is the first participant in the battle of Ragnarok from God’s side Thor is a hammer-wielding God and is often associated with thunder. He fought against Lu Bu.

Poseidon is the God of the sea. Poseidon’s main weapon is the Trident. He is one of the siblings of Zeus. He participates in the third match against Kojiro Sasaki.

Heracles is a hero in Greek mythology. He is also known as Hercules. He is associated with Club (A blunt weapon).  He was defeated by Jack the Ripper (A famous serial killer).

Shiva is a supreme Hindu God. He is also known as “The Destroyer”. He fought bare-handed during the battle. Shiva defeated Raiden Tameemon, a famous Japanese sumo wrestler.

Hermes is a Greek god. He is also known as the messenger god in Greek mythology.

Ares is the God of war.

Aphrodite is a Greek goddess. She is often associated with love and beauty.

Bishamonten is an important figure in Buddhism.

Loki is considered the trickster god in Norse mythology.

According to Norse mythology, He is the father of Thor.

Apollo is one of the most important gods in Greek mythology. He is associated with healing and diseases, music, knowledge, archery, and so on.

They are regarded as Gods in Norse mythology.

Anubis is an Egyptian God. He is known as the God of mummification and the afterlife.

Jew and Christians refer to Beelzebub as Satan.

That’s it for now readers! Let’s wait for the official release date!

If you’re a manga lover, then go read Record of Ragnarok manga!

Did you love this article? If yes, do comment down below!

Do you have any thoughts on the Record of Ragnarok manga? We’d love to hear from you! so please comment down below!

What you want to read next? do comment it down!

The Market Activity urges you to stay in your homes, maintain social distancing and stay safe!

Also, don’t miss to check our other articles: