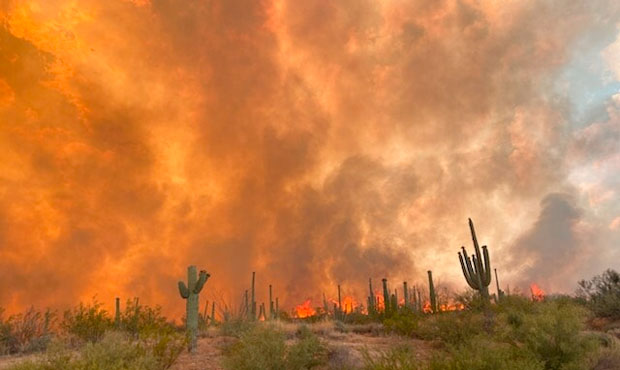 The Backbone Fire has the potential to become a historic disaster. Evacuation orders have been issued in communities surrounding this 6,000-acre fire that originated 12 miles west of Pine and Strawberry 15 miles southeast of Camp Verde. The scorching hot and dry conditions are leading to extreme wildfire behavior with 0% containment as it moves across Fossil Creek toward nearby towns such as Grapevine Springs Ranch, Pebble Village Resort Community, Hunts Ranch for residents or visitors on GO status from Gila County Sheriff’s Office while evacuations remain in place for those living near Pine and Strawberry Plantation Association Communities including Primrose Estates Subdivision which is where I live!

State Route 260 is closed between Camp Verde and State Route 87. Motorists can contact the Arizona Department of Transportation or visit AZ511 for updates on road closures and traffic, but don’t worry! There’s some electrical infrastructure in this area that APS isn’t anticipating losing service from anytime soon thanks to all their hard work!

It’s a super tough time for all those fighting the fire. Hordes of people have been evacuated and it seems there are no signs that this will end soon. Already, APS has had to take lines out of service to protect firefighters who work on the frontlines while battling against intense heat with limited area access due to rough terrain. Nearby residents can visit their website or call them up if they need outage information because they’re always available when you need them!

The Fossil Creek recreation area is closed due to wildfire danger, which includes Waterfall Trail, Irving/Flume, Tonto Bench, Fossil Creek Bridge. Closures and other changes to the site status will be made available on the Coconino National Forest’s website. The lightning-caused fire was first reported at 11:30 p.m., June 16 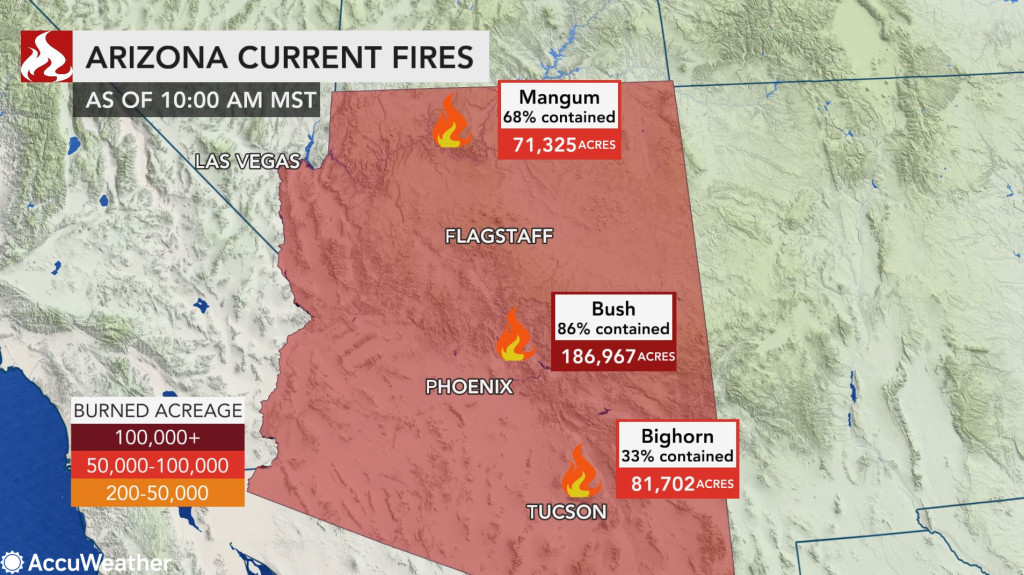 Number of Personnel: 915
Cause: Human, under investigation

Residents of El Capitan returned to their homes this morning and are now on “Set” evacuation status. Firefighters will mop up and patrol in this area over the next several days, including by helicopter when necessary. Crews also patrolled with helicopters for an unburned brush that flared up north of Government Springs before they withdrew back into Mescal Mountains through rugged terrain.

The Red Cross Evacuation Shelters at Highline Middle School and Skyline High School closed today but are ready to reopen if they’re needed. Suppression repair continued near Top-of-the World while inaccessible terrain in the southeast corner of the fire area, and will take suppression actions if it threatens SR 77. Residents in Globe Miami can expect light smoke from Kellner Canyon for a few days until back downslope through Pinal burn areas this week as crews work towards containment lines on day 64 of fighting.

The PinnacleFire is now 27,807 acres and 15% contained. There is 428 personnel assigned to the fire that made a total of just over 31 million in damages so far this year. Tonight night operations will pick up where they left off yesterday and continue holding back those lines around structures while monitoring for any signs of growth outside their current perimeter or out-of-control conditions like wind shifts.

As the pumpkins bobbed in their water, they were a testament to human ingenuity. The helicopters cool down the fire by dropping buckets of water on hot spots from above and keep it away from populated areas as much as possible.