Warren Buffett has resigned from his trustee position at the Bill and Melinda Gates Foundation, 90-year old investor announced Wednesday.
In a statement, Buffett didn't specify why he's leaving the foundation but noted he already left all corporate boards other than Berkshire Hathaway's. He added that new CEO Mark Suzman is an "outstanding" choice and said to have his full support
"My goals are 100% in sync with those of the foundation," wrote Warren Buffett adding that physical participation isn't needed for success."

Warren Buffett, a trustee of the Bill and Melinda Gates Foundation since 2006, has stepped down from his position days after Microsoft co-founder Bill Gates announced he would divorce his wife.

''For years I have been a trustee - an inactive trustee at that - of only one recipient of my funds, the Bill and Melinda Gates Foundation (BMG)," the billionaire investor and Berkshire Hathaway CEO said in a statement. "I am now resigning from that post, just as I have done at all corporate boards other than Berkshire's."

"My goals are 100% in sync with those of the foundation, and my physical participation is in no way needed to achieve these goals," he added. 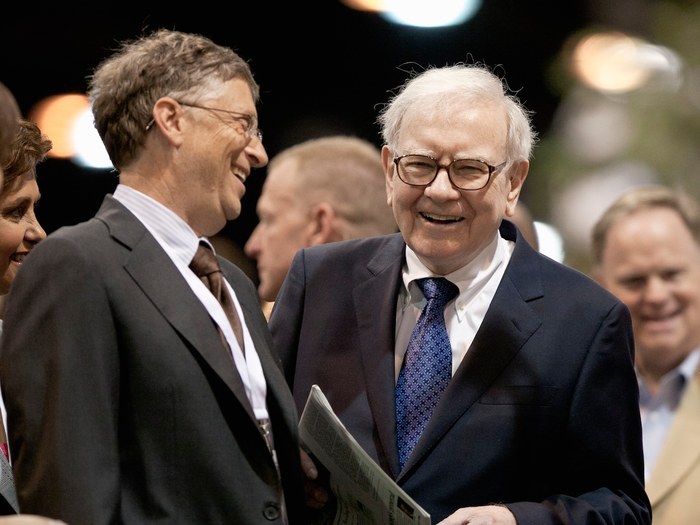 The Bill and Melinda Gates Foundation, established in 2000 by the former Microsoft CEO alongside his then-wife Melinda Ann French Gates. The foundation is funded primarily through personal wealth as well as a gift from billionaire investor Warren Buffett.
Since its inception nearly two decades ago with an initial pledge of $1 billion from each founder, the charity has distributed over $54 billion to various causes worldwide including global health initiatives such as fighting malaria and distributing vaccines across Africa for free.
More recently it appears that they have been focused on combating poor hygiene practices which can lead to life-threatening diseases like polio or cholera - donating billions towards programs that teach people about proper sanitation techniques.

The Bill & Melinda Gates Foundation was created in 2000, and it is funded by the couple's personal wealth as well as several other Gates family foundations. Since then they have spent nearly $54 billion on a wide range of initiatives related to global health, poverty alleviation, and more recently the global rollout of Covid-19 vaccines according to its website.

The foundation announced shortly after the divorce bombshell that they will continue to operate as usual.

Warren Buffett has pledged to give away 99% of his worth, and he is halfway there. The philanthropist recently announced that he donated $4 billion worth of Berkshire Hathaway shares so far.

Warren Buffet announced that he would not be retiring after all, despite naming a successor. "I still relish being on the field and carrying the ball," Warren said in his most recent statement. However, it is clear to me now that I'm playing over time- rather than having my fourth quarter."