Wait Is Over Now! Euphoria Season 2 News Are Out Let's Know About it's Release Date, Cast, Trailers, Plot

Euphoria is an American series television series made on students of high school written by Sam Levinson and directed by Augustine Frizzell, Sam Levinson, Jennifer Morrison, Pippa Bianco. its streaming is on HBO. Euphoria is adapted from an Israeli show whose name is also "Euphoria" created by Ron Leshem and Daphna Levin.  Euphoria is a story of teenagers who goes through different experiences like a drug, sex, depression, love, anxiety, trauma, and social media. The main role is played by Zendaya as Rue, Rue played the role of a drug addict in the series, and other characters of euphoria are Maude Apatow by Lexi Howard, Angus Cloud by Fezco, Eric Dane by Cal Jacobs, Alexa Demie, Jacob Elordi by Nate Jacobs, Barbie Ferreira by Kat Hernandez, Nika King by Leslie Bennet, Storm Reid, Hunter Schafer by Jules Vaughn, Algee Smith by Chris McKay, and Sydney Sweeney by Cassie Howard. We are waiting for the Euphoria Season 2

Euphoria was a great hit and received soo much love and appreciation from the public for its story, acting, cinematography, mainly the acting of Zendaya and Schafer were greatly praised by the public, Zendaya also received award Primetime Emmy Award and Satellite Award for best actress in a drama series. yes, the series came into controversy because of the scenes of nudity and sexual content, but still, it received loved.

Watch the Trailor of Euphoria click on this link.

How did the first season end?

The ending of Euphoria was dramatic and there were some shocking moments also. Things were good for Rue( a seventeen-year-old girl) who was three months not intoxicated by drugs and had managed to attend her school prom, with soberness.

Rue returned home from her high school prom with her best friend Jules. Rue and Jules decided to run away together, after confessing what they feel about each other. and when they reached the station, Rue changed her mind, because she felt guilty about leaving her mother and sister behind.

but Jules decided to leave Rue behind and she boards the train and goes to an unknown destination.

As Rue walked home from the station she started crying while remembering the beautiful memories she made with her family and she missed the most is her father who sadly passed away.

in the final episode, Rue weakened, Gasping what looked like Cocaine in her bedroom.

'Euphoria' Season 2 took two years for any update, but finally, it seems like fans don't have to wait any longer, season two is coming soon. Yes, it's confirmed by HBO that season 2 of Euphoria is going to be released it's expected to premiere in 2021. Although people expected the first episode of Euphoria season 2 will be out until summer but sadly! it wasn't possible due to pandemic but no worries there is one good news we have and that is Teaser is out of "Euphoria season 2"

the first news of Euphoria season 2  came on March 11, 2020, when Euphoria official Twitter account uploaded a photo of  Zendaya and Angus Cloud sitting side by side and reading something and Zendaya is smiling and in the caption, it was written "here we go!!!!!"  this gave the hint that yes Euphoria season two is coming..... 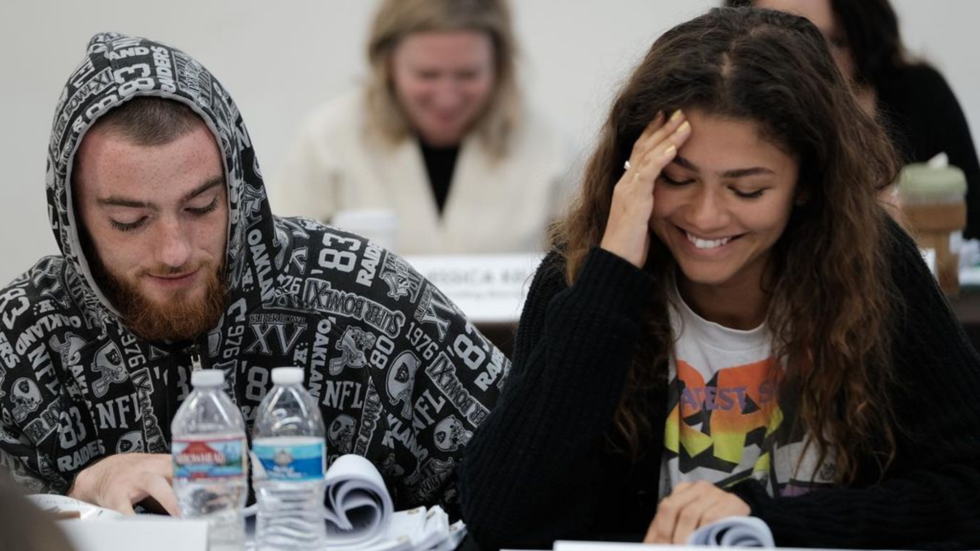 but fans get the confirmation about releasing of Euphoria season 2 when Zendaya gifted fans a special gift on the shows the second anniversary, Zendaya shared a small clip featuring Rue and Jules back at school.

in that clip, she captioned: Happy 2nd @euphoriaHBO anniversary see you soon 🙂

Is There Any News Related To Filming Euphoria Season 2?

So, sadly there is not any official news shared by the team of Euphoria related to the shooting of "Euphoria Season 2" but our Zendaya is so concerned about her fans who are eagerly waiting for Europhia Season 2, she posts stories on Instagram from where fans get a hint about the filming of Euphoria season 2. 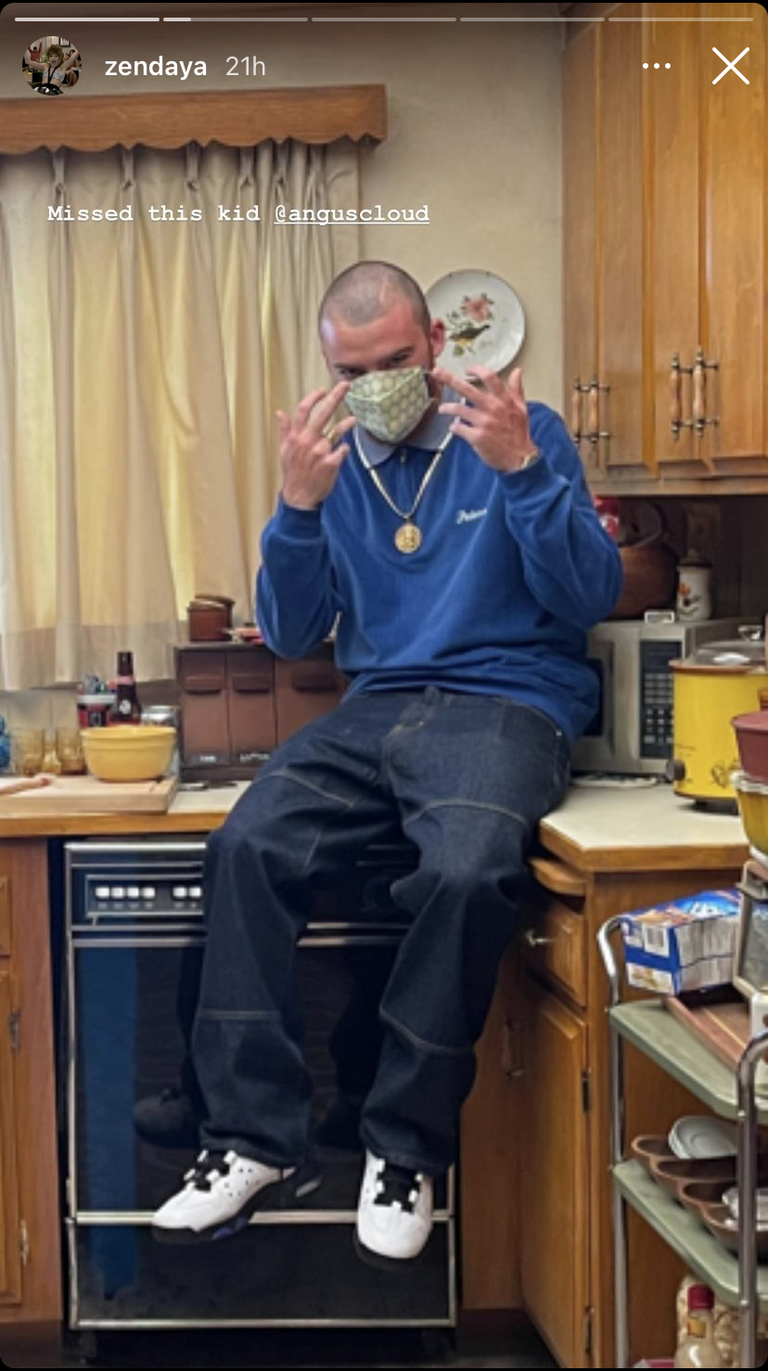 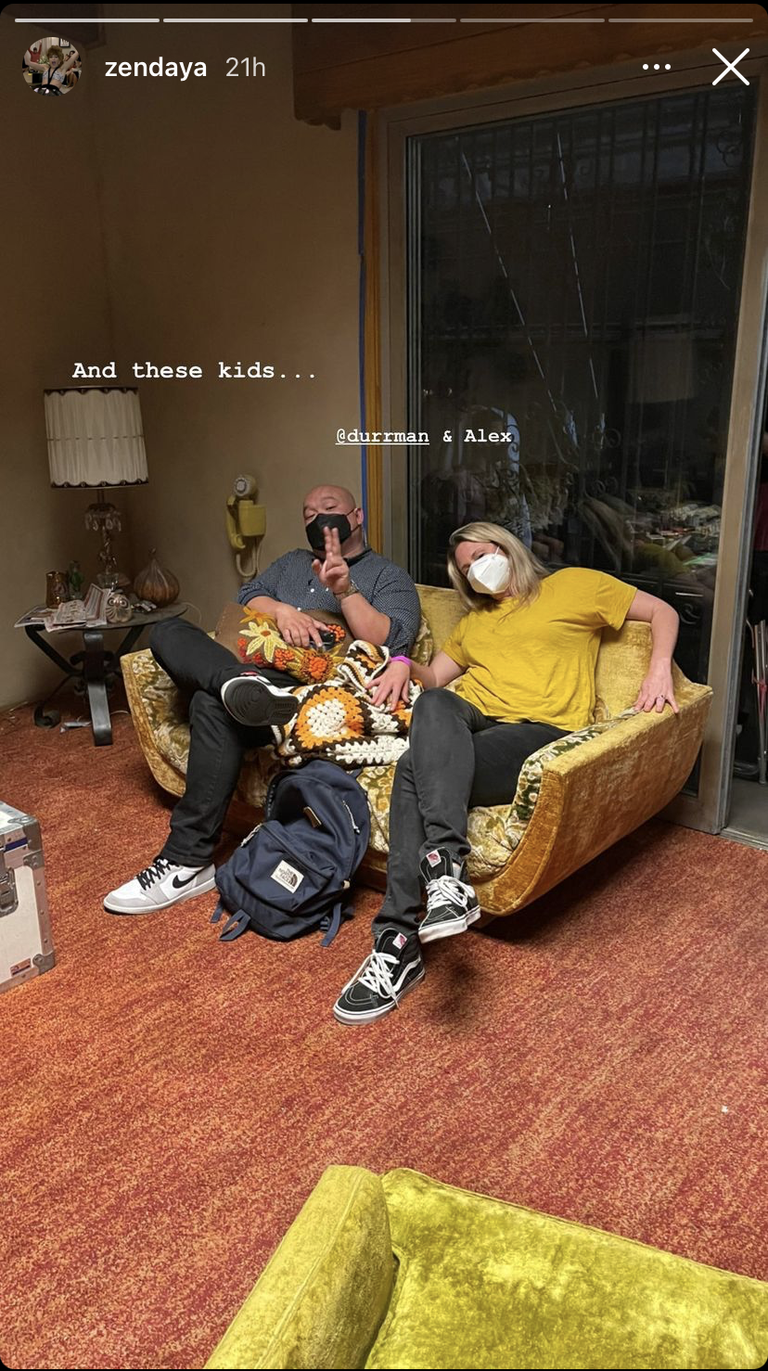 Zendaya uploaded these photos on her story on March 4 in these there co-lead of Euphoria Angus Cloud, lighting technician Danny Durr and a crew member named Alex,  in the first picture there is a photo of Angus, and in that its written by her " Missed this kid" and in the second picture of Danny and Alex she wrote" And these kids.....

so from these pictures, we hope that they get together after so long on the set of  Euphoria for filming Euphoria season 2.

Yes, it's officially out now that euphoria season 2 is happening HBO uploaded a picture of Rue, the main character of Euphoria, and captioned it "HBO renews drama @euphoriabo for a second season, and later Zendaya retweet it and wrote, "Just got the call"....

so it confirmed that euphoria season 2 is coming but we still don't know when it's going to be released and how long it will take.

The cast of the second season of Euphoria?

Sam Levinson confirmed before that Rue didn't die in the finale, so definitely Zendaya will return as Rue again, but we can expect some new faces to come and make euphoria season 2,  In a casting call posted backstage, the show is looking for 18+ black male actor to play as a role of the outsider in a new character, maybe he will also be related to drug addiction or maybe not.

1 What is the meaning of euphoria?

Euphoria is a strong feeling of pleasure and excitement, that feeling which lasts for a short time. activities such as dancing, singing doing exercise can induce the feeling of euphoria. certain drugs like cocaine, heroin from which people get addicted can cause euphoria.

2 Euphoria is available on Netflix or not?

3 It is suitable for everyone to watch Euphoria?

yes, its s teenage series but in this, there are exaggerated sex and drug abuse, some specialist said youth can get affected by this series. so if you want to watch euphoria watch on your responsibility and don't take everything to your heart.