How Many Kids Jamie Lee Curtis Have? Meet Ruby And Annie

Celebrated actress Jamie Lee Curtis, known for her roles in Halloween and Freaky Friday, spoke candidly of her daughter Ruby’s transition in a recent interview with People magazine. As she opens up about her family in the news, fans have wondered how many kids does Jamie Lee Curtis have?

How many kids does Jamie Lee Curtis have?

Jamie Lee Curtis has two children, Annie Guest and Ruby Guest, with her husband of 37 years Christopher Guest. Annie and Ruby are both adopted, with the couple adopting Annie in 1986 and Ruby a decade later.

The couple chose to adopt because of fertility issues. In an interview for charity Pact’s Point of View newsletter, Curtis explained: “Adoption was the only way for us to have a family.” 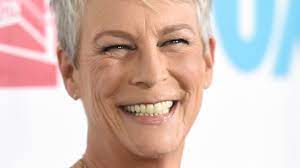 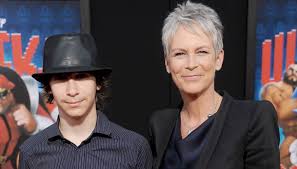 While their mother is familiar to many for her roles in TV and film, Annie and Ruby have opted to pursue careers away from the spotlight.

Curtis’ eldest daughter Annie is a dance instructor, having started teaching at the age of 16. Over the years, Annie has taught at a number of schools, including Windward School and Archer School For Girls.

Her most recent role was at MNR Dance Factory in Los Angeles as a team director, although her faculty page seems to have since been deleted.

Ruby is reported to be a computer gaming editor working for a popular unnamed gaming YouTuber. Ruby is a private person so not much is known about her online.

However, Ruby shared an insight into her personal life in an interview with AARP magazine in July this year, revealing she had transitioned from male to female.

Ruby also talked about her transition in a recent interview with People magazine as she opened up about how she felt coming out as transgender to her parents. She told the publication: “It was intimidating – but I wasn’t worried. They had been so accepting of me my entire life.”

Jamie Lee Curtis comes from a family of actors and is the daughter of Hollywood stars Tony Curtis and Janet Leigh.

Many will be familiar with Janet Lei 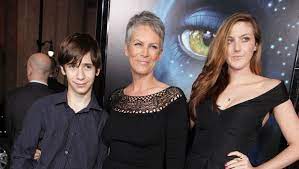 GH for her role in the 1960 classic horror movie Psycho in that iconic shower scene. Other notable credits include Bye Bye Birdie and The Fog.

Tony Curtis was also a huge name in Hollywood for his roles in Sweet Smell Of Success, Spartacus and Some Like It Hot alongside Marilyn Monroe.

Jamie Lee Curtis’ sister Kelly is also an actor and appeared in The Equalizer, The Sentinel and Star Trek: Deep Space Nine. Jamie Lee also has four half-siblings through her father, with three of them Allegra, Alexandra and Nicholas Curtis also pursuing acting careers.

RUBY is very much private about her life