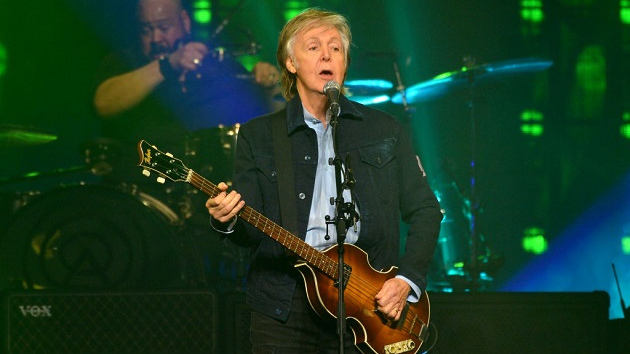 On Thursday night in Washington, Sir Paul McCartney duetted with the late John Lennon as he kicked off his ‘Got Back’ North American tour (28.04.22).

The Beatles legend, who turns 80 in June, went all out for his first arena tour since his ‘FRESHEN UP’ tour in 2019.

At the Spokane Arena, fans of the Liverpool star were treated to an epic 36-song concert, complete with surprises.

Macca was able to sing with his beloved bandmate – who was assassinated, aged 40, in December 1980 – during a rendition of the Beatles classic ‘I’ve Got A Feeling’ from 1970’s ‘Let it Be,’ which he left for the six-song encore – with footage from Peter Jackson’s ‘Get Back’ docu-series beamed on a big screen behind him.

“Peter Jackson said: ‘I can pull John’s voice out if you’d like me to,'” he informed the audience.

Macca isn’t the only artist to get the opportunity to sing with a late celebrity thanks to technological advancements; Adam Lambert did the same with Queen’s late Freddie Mercury during his shows.

McCartney offered a moving tribute to the late George Harrison with a dramatic rendition of ‘Something,’ one of two songs the late guitarist wrote for ‘Abbey Road,’ along with the famous ‘Here Comes The Sun,’ which he played on a ukulele given to him by a bandmate.

Macca also performed ‘Getting Better’ from 1967 and ‘You Never Give Me Your Money’ from 1969 for the first time in nearly two decades, having previously done so in 2003.

The song ‘She Came in Through The Bathroom Window,’ from ‘Abbey Road,’ had not been performed by the music legend since 2008, but it was included in the three-hour concert.

On the solo front, Macca performed ‘Women And Wives,’ a track from ‘McCartney III,’ almost two years after the long-awaited third installment in the trilogy was published in December 2020.

Macca finished the night by waving the Ukrainian flag in support of the European country, which is being invaded by Russia.

The ‘Got Back’ tour resumes on May 2 in Seattle, Washington, ahead of his Glastonbury headline act in June. 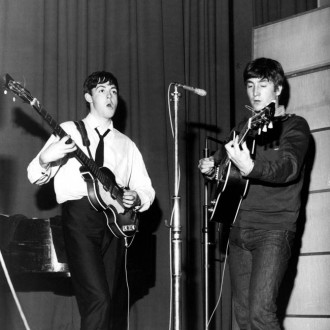 The following is a list of Paul McCartney’s Washington setlist:

‘Got To Get You Into My Life (The Beatles song)

‘Getting Better’ (The Beatles song, first time live since 2003)

‘Despite All The Danger’ (The Quarrymen song)

‘Love Me Do’ (The Beatles song)

‘Being For The Benefit Of Mr. Kite!’ (The Beatles song)

‘Something’ (The Beatles song)

‘She Came In Through The Bathroom Window’ (The Beatles song, first time since 2008)

‘Get Back (The Beatles song)

‘Band On The Run (Wings song)

‘Let It Be (The Beatles song)

‘I’ve Got A Feeling’ (The Beatles song)

‘Carry That Weight (The Beatles song)

‘The End (The Beatles song)