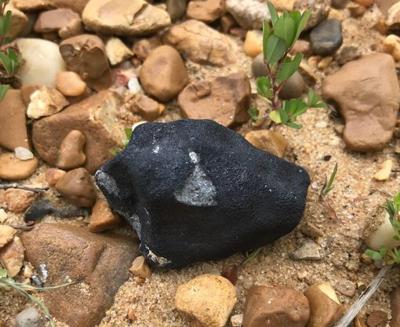 NASA said that pieces of a burning meteor spotted traveling over southwest Mississippi on April 27 have been discovered in the Natchez area.

According to NASA Meteor Watch, the agency’s project that follows fireball activity, the “bright fireball” was traveling at 35,000 mph when it erupted at 8:03 a.m. with the “energy equivalent of 3 tonnes of TNT.”

“Existing law states that any meteorites belong to the owner of the property on which they fell; we will not divulge the locations of these finds out of respect for the privacy of persons in the region,” NASA said.

A snapshot of one of the meteorite bits, which resembled a deep black lump of charcoal with grey specks, was uploaded on Facebook on May 2. Experts estimate that it hit the earth at a speed of “200-300 miles per hour.”

NASA has stated that it will not be involved in determining if the discoveries are meteorites. According to NASA, the meteor was an asteroid fragment “approximately a foot in diameter with a weight of 90 pounds.”

It was originally seen 54 miles above the Mississippi River and then destroyed at a height of 34 miles near the Adams-Franklin county line, according to NASA.

That’s a little east of where the meteor’s path was originally assumed to end, which was supposed to be over a swampy area of Louisiana.

According to the same update, the number of witnesses from Mississippi, Louisiana, and Arkansas has increased from 30 to more than 60.

According to NASA, “the fragmentation… produced shock waves that traveled to the ground, causing the booms and vibrations observed by humans in the neighborhood.” “The fireball was over ten times brighter than the full moon at its peak.” 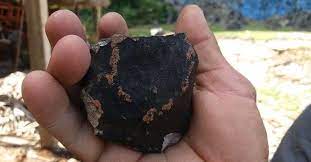 ‘It’s worth a decent sum of money.’

According to NASA, verified meteorites “may be worth a substantial amount of money” depending on the type.

“However, the majority are chondrites known as ‘ordinary chondrites,’ which are rather common,” NASA notes.

And finding something valuable is probably more difficult than you think.

“This object’s components were far too tiny to produce a crater.” Meteorites, according to popular belief, are not burning rocks of doom that rip holes in the ground. You can pick one up as soon as it lands. As a result, there will be no smoldering rocks in minor craters.”

How to Examine Rocks

NASA has stated that it will not verify the meteorite discoveries. Instead, the government is directing searchers to the Washington University in St. Louis’ website for assistance in making a valid identification.

“We are not meteorite experts because our primary mission is to protect spacecraft and astronauts against meteoroids. As a result, we won’t be able to identify any unusual rocks you find,” NASA explained. “If confirmed, this will be Mississippi’s fifth reported meteorite fall, following those in 1854 (1857? ), 1910, 1922, and 2012.”

Share
Facebook
Twitter
Pinterest
WhatsApp
Previous articleNASA FOUND OUT THEY WILL RETIRE THE BOEING 747SP-BORGER ‘SOPHIA’ ACCORDING TO NASA.
Next articleZodiac Signs With Rough Horoscopes in MAY! Read them here and know why this month is a rough month for them!