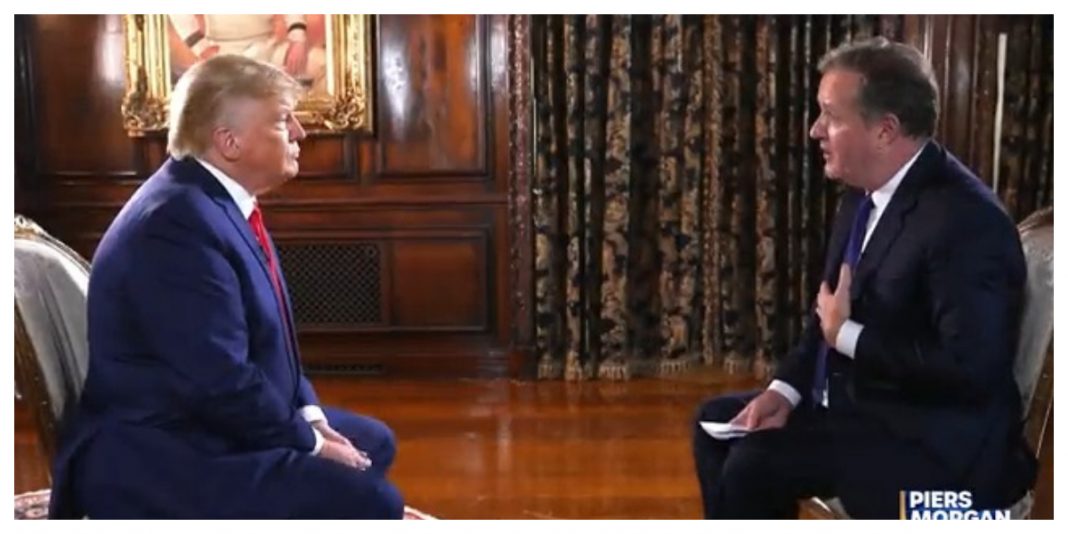 With all of the negative news that he’s been receiving recently, you’d think that former President Donald Trump might utilize an interview to discuss anything substantive. But, as is customary, if he isn’t praising himself, he is attempting to discredit someone else who has no link to anything slightly related to him.

This time, he takes advantage of his appearance on “Piers Morgan Uncensored” on Monday night to bash Prince Harry and Meghan Markle, the Duke and Duchess of Sussex. Morgan has a bad history of bashing Markle, so it may be Trump’s way of expressing allegiance.

“I’m not going to use the entire expression, but Harry is whipped like no one I’ve ever seen,” Trump says in a sneak preview from Rupert Murdoch’s newly launched TalkTV. “I’m not a fan of Meghan, and I’ve been against her since the beginning. I believe Harry is being guided by his nose.” 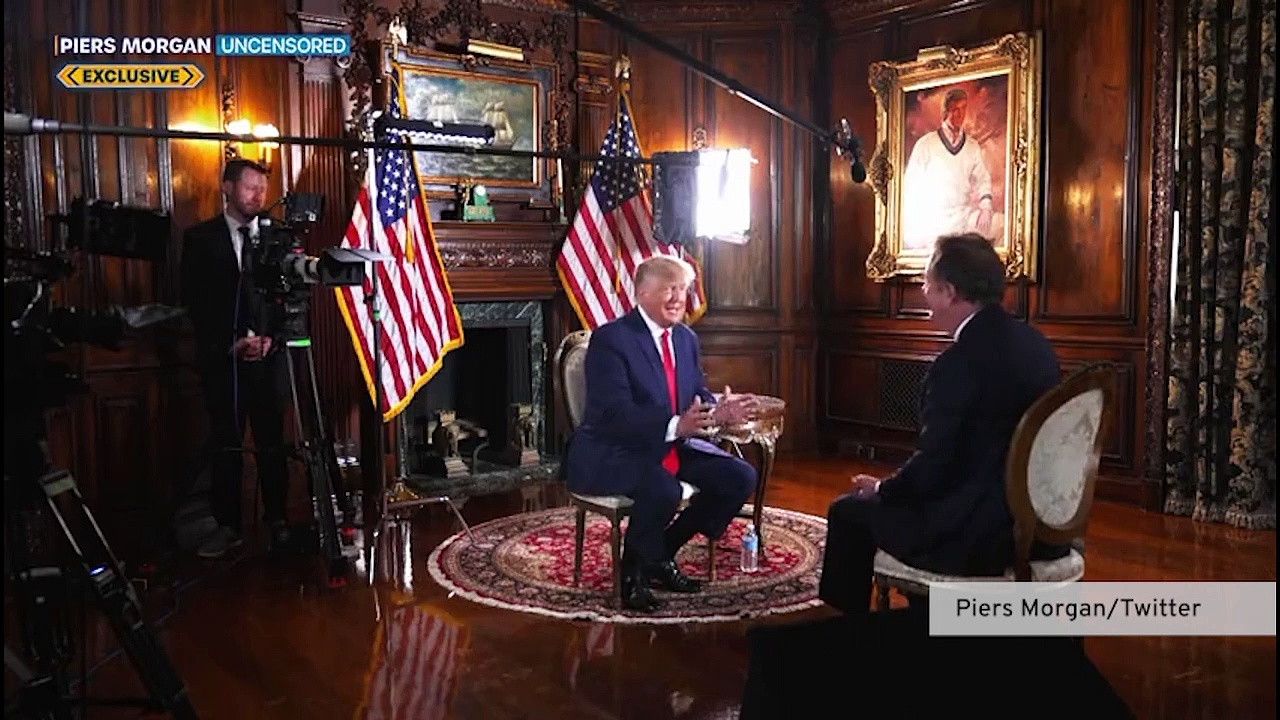 When asked if he believes the relationship would end, Trump, of course, decides to be Nostradamus.

“As you know, I’m a very good predictor and have forecast practically everything. It will come to an end, and it will be a nasty ending “Trump asserts his position. “I’m wondering if Harry will get down on his knees and beg for forgiveness. I believe Harry has been led down a path.”

For the most part, Trump and Morgan are united in their hate for the royal couple, who stood down as senior members of the royal family in 2020 and relocated to California. Morgan, who knew Markle before she met Prince Harry, has since become one of her harshest detractors. Following Markle’s March 2021 interview with Oprah Winfrey, in which she claimed a member of the royal family made racial comments about her son Archie, Morgan made news in 2021 for his cruel statements about her.

Morgan later told The Wrap, “I was effectively silenced at my former work and forced to apologise to Meghan Markle for an honestly held opinion, which obviously I wasn’t going to do.” “Pussy little Princess Pinocchio tried everything she could to get rid of me, and she’ll be in for a rude awakening when I emerge from my den like Lazarus.”

Former President Barack Obama earlier stated that he is “not a fan” of Markle after the Duchess and Prince of Wales pushed Americans to register to vote ahead of the 2020 presidential election and purportedly endorsed Democratic nominee Joe Biden.

“I’m not a fan of hers, and I’d say this — and she probably already knows — but I wish Harry a lot of luck because he’s going to need it,” Trump said during a White House briefing in September 2020.

During his interview with Morgan, Trump also mentions that if he were the queen, he would have stripped Markle and Prince Harry of their royal titles.

Jurassic World 3: Dominion Will Chris Pratt and also Bryce Dallas to come back for the Finale? Click on to recognize launch time, story, every little thing and also actors!

In the UK and Australia, Trump’s two-part interview on “Piers Morgan Uncensored” airs on TalkTV on Monday and Tuesday, alongside another show from a Piers Morgan pal, Sharon Osbourne’s “The Talk” (after she left a show of the same name after her meltdown over racism). Because Rupert Murdoch owns TalkTV, “Uncensored” will be available to Fox Nation customers as well.