What finally happens in Episode 9 of Ao Ashi: WHO’S THE REAL Aoi is facing a hard time nailing down the basics of soccer which he utterly lacks. He even lies to his coaches and secretly practices extra, But even that is not helping him gain any insights into how he should start. Will Aoi give up on the sport after facing so many failures? Or will he finally get a break and be hit? Will Aoi’s hardships come to an end? Where has the story gone with episode 9? Let’s find out more about Ao Ashi Episode 9 in this review article. 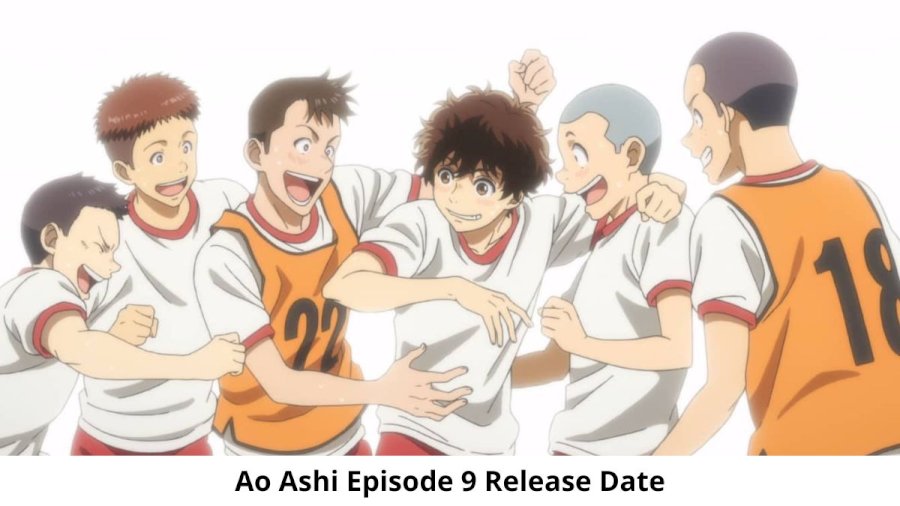 Ao Ashi is a one of its kind sports anime that is based on a Japanese manga series. This series was written and illustrated by Yūgo Kobayashi. Since January 2015, it has been serialized in Shogakukan’s seinen manga magazine called the Weekly Big Comic Spirits.  It is being produced by Production I.G, who have given great hits such as Guilty Crown, Psycho-Pass, Kuroko’s Basketball, Haikyuu!!, Psycho-Pass 3 and Moriarty the Patriot.

The story Ao Ashi is based on a third-year middle school student Ashita Aoi. He is living in Ehime prefecture, which is a backwater town in Japan. Although Ashita has the potential he is not liked by his classmates and other players much due to his extremely straightforward personality. Finally, after much trouble, he was able to join an average team where he did feel accepted and came into the eyes of the coach of the youth team, Tatsuya Fukuya. From here Ashito goes on a journey that shows his development in his sports career.

The anime is being directed by Akira Satou, who worked on previous projects such as Deadman Wonderland and Release the Spyce, and the scripts being written by Masahiro Yokotani, and Nakatake Yamaguchi also serving as chief animation directors. Looking at his journey until now, Aoi is well aware of the fact that he is not a special player who is recruited to play soccer by the Tokyo City Esperion FC- at least, he is not special yet. Although, his eagle eyes ability which he uses on the court can be counted as nothing less than a feat of a soccer prodigy. However, Aoi is miserably failing to show his talent on the ground due to the lack of his basic foundation of the game. In the previous episode, it was shown that Aoi did realize the coach’s words and had started self-implemented and self-improvement training. But still, so far, things have not turned out to be good.

Aoi’s friends, Tachibana and Otome, are helping him out. They are teaching him to practice the first must-needed basic skill of soccer, i.e., how to pass a ball. It seems as if he is taking lessons from Togashi. Although Togashi’s character, is extremely skilled, the makers have designed it to portray only his gangster side. This can be reflected even in his funnily scary teaching methods. However, surprisingly, it did help Aoi a lot.

Honestly, it can be said that the storyline for this episode has been done extremely well. It has perfectly delivered Aoi’s struggles in understanding the concept and Togashi scrambling to explain to him how he can do that right. We all felt a great “Eureka” moment when we finally Aoi get it, didn’t we?  Along with decent animation, the makers were able to build up the momentum quite well in the first half of this episode.