The last chapter of Tokyo Revengers ended on a cliff-hanger, and now, the raw scans leaked suggest that some unexpected team-ups have taken place in the face of a crisis, and a long-anticipated return might also happen in this upcoming chapter. It has been released on May 24, 2022.

In the last chapter, the Toman members were overpowered by the Kantou Manji Gang. Chifuyu and Mitsuya were defeated by Hanma, while also knocking out Hakkai and Akkun earlier. While Koko and Inupi put up a good fight, they never stood a chance against the Living Legends, Benkei, and Wakasa. Peh-Yan and the Kawata twins challenged Mikey.

While Mikey easily managed to defeat Smiley and Peh-Yan and confronted Angry in the end. Nakamichi started to feel guilty after seeing his members get taken out one by one. When Takemichi lost focus on their fight, Kakucho got angry with Takemichi and knocked him onto the train tracks. On touching the tracks, Takemichi had a vision of Haruchiyo driving a train onto the battlefield and killing every Toman member, which included Koko. 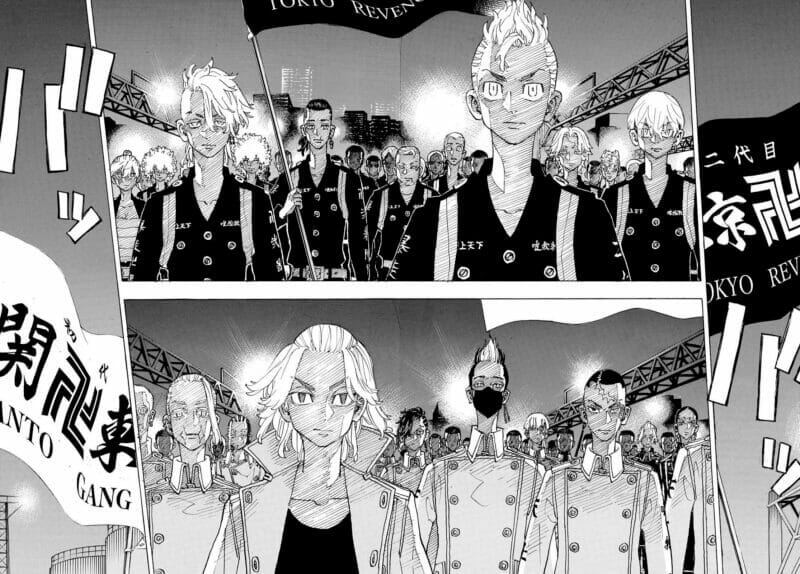 In this chapter, we can see Takemichi’s vision of the future coming true, but it is interrupted at the most opportune time. The Kantou Manji Gang seems to be far less cohesive and united than Toman, and the effect of that can be seen in this chapter as well.

Now that there are a few leaked pages of Tokyo Revengers chapter 254 raw scans that are out of order, and two different possibilities can be counted. The chapter starts by elaborating on Takemichi’s vision where the previous chapter ended. Toman members are not killed by size with the train, rather he drives the train into a stack of metal cargo boxes. The stack topples all over the battlefield, burying most of the people.

Nakamichi confides in Kakucho, realizing that he does not have much time. He explains that touching the train tracks allowed him to look into the future, and he then divulges what he saw in the future. Kikuchi promises Takemichi something along the line of “until this crisis is over, I will act as your Second.” It is then revealed that the vision was already in motion, as Haruchiyo can be seen driving a train towards the battlefield. But suddenly, he looks surprised by something ahead of him, which is then revealed that Takemichi and Kakucho have stepped onto the tracks in front of Sanzu’s train. 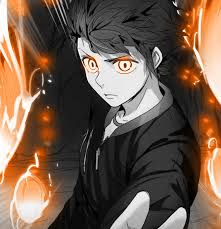 The two most pressing issues that have emerged in the wake of Tokyo Revengers chapter 254 spoilers are: first, who had called out to Sanzu, and second, whether Sanzu is acting under someone’s orders or by his own volition?

Read the complete chapter to find out.