First released on 1st August 2018, Blue Lock grew up to become one of the most popular Japanese manga series. Just after a few chapters were released, the Blue Lock series received huge popularity. And now we have a whole new chapter lined up.

When is chapter 167 coming out?

As manga series are gaining huge popularity a huge number of platforms are being developed and released to facilitate this reading advent of many. These platforms are now becoming some of the major sources of reading Manga series. All chapters of the manga can be read online from the official pages of Kodansha. 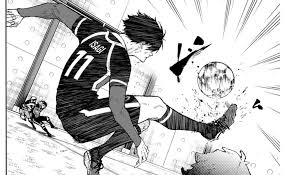 It started by showing Kunigami and Isagi analyzing that this was the final time that they can prove their worth in the game. The final goal would decide the match, and they would have the victor. But Isagi was confused about the entire Wild Card Copeman thing that Noah did with Kunigami. As the bells rang, Isagi marched towards the goalpost with the ball. At first, it was Bachira Meguru who welcomed them.

But just when he was about to surpass him with an attack, Benedict Grim came in his way and stole away the ball. Kunigami also rushed to offer help. However, it was Ness who finally took the ball and passed it to Kaiser.

What to expect from Chapter 167 of Blue Lock?

The 167th chapter of Blue Lock is titled “Cross Flow.” The chapter begins with Isagi using all his wits and mind to try to get the FLOW and get the ball for the last score. At that particular moment, the ball is under the possession of Grim. From all sides, Ness, Kunigami, and Isagi begin to surround him. And finally, Isagi will get his feet to the ball. As he rushes towards the goal, Bachira is at his all times so that he can defend against any incoming attacks. 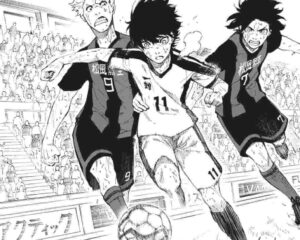 As the match between Bastard Munchen and FC Barcha has arrived in its endgame now. Blue Lock Chapter 167 will give us the victor of this long-stretched match. Noel Noah had planned that Kunigami would serve as his Copeman while Isagi used his brilliant flexibility to score the final goal. But will that happen in the next chapter? Now all the eyes are stuck upon the substitute men who are playing in place of Noel Noah. So, can Kunigami and Isagi prove this Striker right? Can they score the final goal? Wille, they are able to win?