Will you like this manga or not, largely depends on what type of cat person you are. It can be a huge leap in logic or an absolute dream come true. For one, The Masterful Cat is Depressed Again Today takes place in a sort of heightened everyday reality where we witness an apron-wearing cat the size of a small bear shopping at the supermarket would not even get a second look from bystanders. This manga’s general tone of the volume is light and relatively grounded, but its centerpiece is equal parts simple and completely out there. What the series appeals to can be stated directly from the title of the manga. And if you cannot suspend your disbelief past the premise, then do not even bother reading further because it is the kind of book where what you see is what you get. 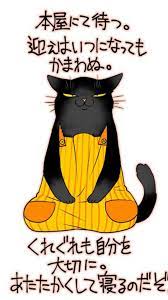 Summary of the story:

One day, a young woman named Saku, who is the protagonist, took in a stray black cat who she later named Yukichi. While she did not possess a lot of self-determination and doesn’t know how to take care of herself, she keeps the black cat who in turn takes care of her so that she can continue going to work to earn money and feed him. Both of them happily lived in a symbiotic relationship. The cat helps Saku do the majority of her work in life outside her occupation. However, as time passed, Yukichi grew large enough to be mistaken for a bear. Instead of being a threat though, Yukichi spends his time cooking food, doing laundry, and taking care of his owner after she comes home from hard days at work. 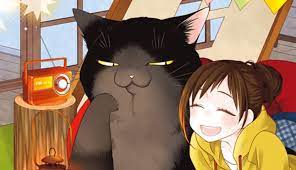 The manga did a good job of balancing by showing the desperate need for someone to take care of oneself with some lighthearted comedy. Thus it was never taken as a mean-spirited.

The Masterful Cat is Depressed Again Today also known as Dekiru Neko was Kyō mo Yūutsu, it is a Japanese manga series written and illustrated by Hitsuji Yamada. Its serialization began on Kodansha’s Suiyōbi no Sirius online manga section on the Nico Nico Seiga website in August 2018. From October 2021, it is also being published in Monthly Shonen Sirius. Kodansha has collected its chapters into individual wideband volumes. On April 9, 2019, the first volume was released. Counting as of June 9, 2021, five volumes have been released. The Seven Seas Entertainment has the license of the manga for releasing it in North America.

Apart from that, in May 2022, an announcement was made for an anime television series adaptation which is set to premiere in 2023.