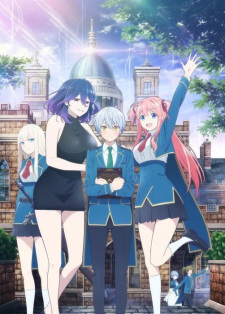 Kinsou no Vermeil: Gakeppuchi Majutsushi wa Saikyou no Yakusai to Mahou Sekai wo Tsukisusumu is based on the manga series of the same name Kinsou no Vermeil. There has already been an official announcement for a TV anime adaptation of Kinsou no Vermeil, putting all its devilish power into this teaser visual and trailer for the upcoming comedy series. It is written by Kouta Amana and Youko Umezu and is animated by Staple Entertainment. This will be Staple Entertainment’s as first full production. It will be directed by Takashi Naoya alongside Matsuo Asami as assistant director. Tatsuya Takahashi is the series composer and Kiyoshi Tateishi would be in charge of character designs.

Based on the fantasy genre and a story about three school-going students, this anime is being thought to become a blockbuster!

Introduction to the three main characters: 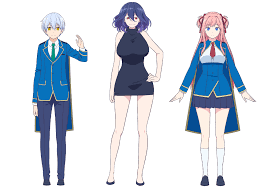 Synopsis of Kinsou no Vermeil:

Alto would be on the verge of failing the summoning magic class. If this happens, he has to repeat the year. But mistakenly, he stumbles upon a grimoire and draws a magic circle. This summons the sealed demon Vermeil and makes her his familiar. Since ancient times, Vermeil has always been a feared “devil”. She is said to possess tremendous power which can cause disasters. 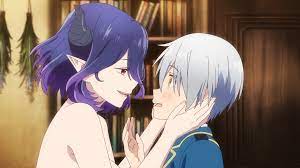 Vermeil gets her powers from Alto through passionate kisses. Thus, being familiar, she necessitates magical energy on an everyday basis. Lilia, who is Alto’s childhood friend, and has a crush on him, grows envious of their relationship. Not only Lilia but other students are also taken aback by the unprecedented familiarity. The royal road fantasy of a magician on the edge of failure and an unhealthy devil sister thus begins!

Kinslow no Vermeil is scheduled to begin airing in July 2022. It is said to be broadcasted every week on Tuesdays at 22:30 (JST).

For the upcoming anime comedy series, a visual teaser and trailer are already released. Apart from the ecchi fantasy hijinks, the teaser trailer also provided us with our first preview of the three main cast members.