Release Date Of When Will Ayumu Make His Move? Out 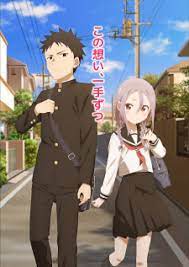 When Will Ayumu Make His Move? is a Japanese manga series. Soichiro Yamamoto is the writer and illustrator of this series.  Shogi no Yatsu is a webcomic version of this series which was posted in 2018. Kodansha’s Weekly Shonen Magazine has serialized this manga series since March 2019. An anime television series is also set to be released.

Synopsis of When Will Ayumu Make His Move?:

Ayumu Tanaka, a high school first-year student, and Urushi Yaotome, a second-year student, are members of the shogi club. On a whim, Ayumu quits the illegitimate Shogi Club and joins the Kendo Club. Urushi Yaotome, who is the president of the club and a master of shogi herself, is thrilled to finally have a playing partner. Being Ayumu’s upperclassman, Urushi endeavors to be his shogi mentor and also his student role model. But it is too often, that she finds herself blushing with embarrassment! Stone-faced, straightforward, and honest, Ayumu sees no issue while he calls Urushi “cute.”

Ayumu promises that he would confess his feelings to Urushi, his senpai, only after he can defeat her in the Shogi game. But here the problem lies, as he is just a beginner at the game whereas Urushi is a pro and she always beats him. Meanwhile, Urushi keeps on trying to get Ayumu to admit that he has feelings for her, but Ayumu does not allow his poker face to slip. Ayumu gets determined to confess only after beating her in the game of shogi.

The two of them, have both extremely hilarious moments and many heart-warming adventures, all through their school life and the shogi games. Ayumu seems to enjoy every second that he spends with Urushi, but he is still a long way from beating her in shogi. With the commitment that he made to himself, will Ayumu ever get the chance to confess his feelings to Urushi? Will he be able to beat Urushi at Shogi?

Initially, the writer and illustrator of When Will Ayumu Make His Move? Soichiro Yamamoto posted an irregular prototype of the webcomic on his Twitter handle. It was titled Shogi no Yatsu also known as Shogi Guy. He kept on posting it from April 22 to November 19, 2018. The manga series When Will Ayumu Make His Move? was started on March 6, 2019, in Kodansha’s Weekly Shonen Magazine. Kodansha has compiled its chapters into individual tankabon volumes. On July 4, 2019, the first volume was published. If we count as of April 15, 2022, eleven volumes have been released now. For the English release in North America, Kodansha USA announced on March 2021, that they have licensed the manga.

On January 8, 2021, an anime adaptation was announced for the manga. It is scheduled to get premiered on 8 July 2022 on TBS and BS-TBS.