More Than a Married Couple, But Not Lovers, which is also popularly known as Fūfu Ijō, Koibito Miman, is a Japanese manga series, written by Yūki Kanamaru. It got its serialization in the Young Ace magazine, by the Kadokawa publication. It is continuing till now since its debut on March 2, 2018. Studio Mother has also announced its anime adaptation. It is being directed by Takao Kato and Junichi Yamamoto, and the script is prepared by Naruhisa Arakawa. The manga chapters have been collected into individual tankobon volumes by Kadokawa. On 26 October 2018, the first volume was released. Counting as of May 2, 2022, eight volumes have been released till now.

What is the storyline of More Than a Married Couple, But Not Lovers?

The story of More Than a Married Couple, But Not Lovers, revolves around Jiro Yakuin, who is a high school student. Jiro has a crush on Shiori Sakurazaka, who is his childhood friend. And now their school has introduced a new program. 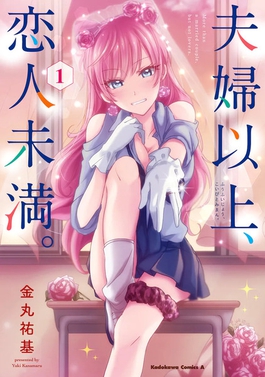 It has implemented a couples training program, for the students to develop social skills of communication. In this program, the students are expected to interact with a partner as if they were married, and they will be judged heavily on how well they work together. It is a practical test for the students to demonstrate that they have the necessary skillset to live with a partner of the opposite sex while presenting a certain level of harmony to the video surveillance that grades them. Jiro is paired with Akari Watanabe, a gyaru. At this pairing, both of their hopes are doubly dashed. At first, she finds Jiro quite repulsive, as they are opposites but later, they agree to cooperate and attain enough points to reach the top ten.

It is because according to the rules, if they reach the top ten, then they would be given the right to exchange partners if both couples agree. To that end, Jirou steals Akari’s first kiss without realizing what he’d done while giving a hurried good-bye kiss

What about the anime production? 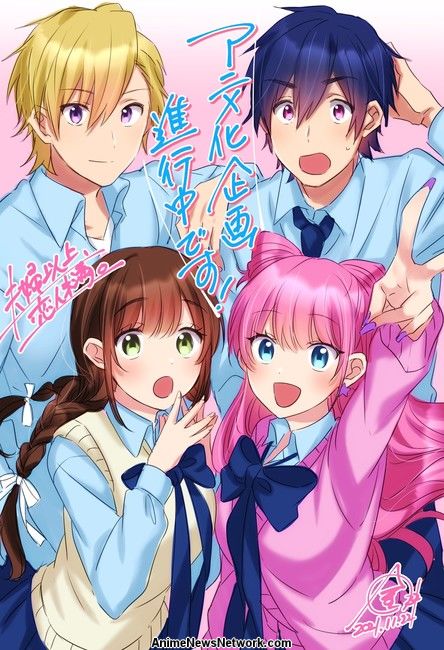 On 22 November 2021, a television anime adaptation of the More Than a Married Couple, But Not Lovers manga series was announced. The series is produced by Studio Mother and directed by Junichi Yamamoto, with Takao Kato serving as chief director, Naruhisa Arakawa handling the series’ scripts, and Chizuru Kobayashi designing the characters.

More Than a Married Couple, But Not Lovers: Official Announcement & First Visual!

Both the official Twitter account as well as the official website of Kanamaru Seishun Gakuin shared the first news of the anime’s arrival. The manga lovers of More Than a Married Couple, But Not Lovers, after a long wait, will get to see that their favorite project has finally made it to the table. The first visual poster of the anime was released. Along with this, Yuki Kanamaru also brought out his art to project a new visual.