The One Piece as we all know is an iconic manga series, which is a blockbuster hit. It is approaching its final conclusive story arc, especially after the last month’s chapter conclusion of Kaido vs. Luffy on the Onigashima rooftop. Although some of the fans expected the shocking announcement earlier this month, the final arc of the manga is going to arrive much sooner than that. For the release date delay of Chapter 1054, the One Piece manga has taken a month off, but now it’s confirmed. Its conclusion is nearing very soon, and to prepare for that, it took a break. 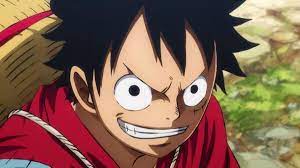 The official Twitter page shared a message from author Eiichiro Oda, on June 7th. In that message, the legendary manga creator confirmed that the upcoming hiatus is partly due to the preparation for the story’s final arc.

Oda also revealed that his production team had already told him that this Summer will be extremely difficult for him. The 25th anniversary of the manga series is approaching, and in addition to that, he also needed to travel to the South African set of Netflix’s live-action series for supervision. Even Oda was surprised by this suggestion at first, but owing to the hectic schedule, he thought it is for the best.

Video Of Behind The Scenes From The Netflix Set Released

The upcoming One Piece adaptation has revealed six new cast members. Along with that a behind-the-scenes look at the sets being built in South Africa on Day One of Netflix’s recent Geeked Week event has also been released.

What is One Piece all about and its storyline: 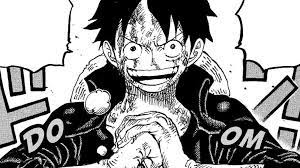 After Kaido was defeated, the Straw Hats got ready for a new adventure in the Grand Line. In the previous chapter, we saw Luffy and Buggy becoming the new Emperors after they joined Shanks and Teach. In the meantime, as the Straw Hat Pirates’ captain has now become one of the most wanted pirates in the world, the government had put up a bounty of 3 Billion Berries on Luffy’s head. In that chapter, we also learned that Kozuki Sukiyaki was imprisoned in a room for several years but he is still alive.

Where can you read Chapter 1054 Online?

After its scheduled release in Japan on 25th July 2022, Monday, fans can get to read it. The release date will vary for international fans because of the difference in the time zones. Fans can get to read the manga chapter on Viz Media and Manga plus. We can hope to see some spoilers for Chapter 1054, surface 4-5 days before its official release to give us a glimpse of the upcoming events.