Jujutsu Kaisen Chapter 189-Review, spoilers and everything you need to know Fans have been eagerly waiting for Chapter 189 of Jujutsu kaisen after the last chapter left Hakari on the verge of death. In the upcoming chapter, the result of his last domain expansion will be shown. The raw scans which were recently leaked, suggest that the Domain Expansion has become a success. Apart from that, Akutami has grabbed this opportunity to demonstrate the Faster Spins/Time Reduction function of Idle Death Gamble.

As we know Kashimo has been obsessed with strength, but in Chapter 189 of Jujutsu Kaisen, it will be shown that despite this obsession, Kashimo is also remarkably logical and intellectual when it comes to fighting. The spoilers released also announced that Akutami will remain on a creative break next week, and Hakari will hit the jackpot for the third time in a row. 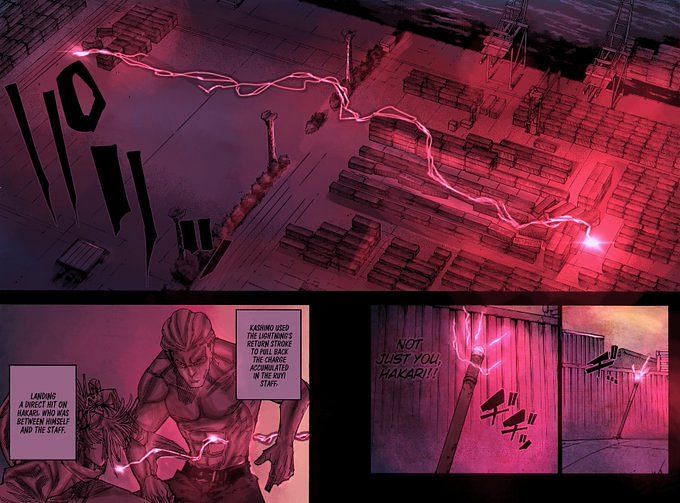 Recap of the last chapter!

In the previous chapter, Kashimo revealed that although the Cursed Energy comes from the stomach, one can reverse it by the use of the mind. That is the reason why headshots are always considered the most effective way to kill a sorcerer. However, the infinite Cursed Energy of Hakari can easily heal such type of wound. Using the electricity which he had accumulated in his staff, Kashimo used the return streak of thunder, to wound Hakari fatally. However, Hakari casts another Domain even on the verge of death. 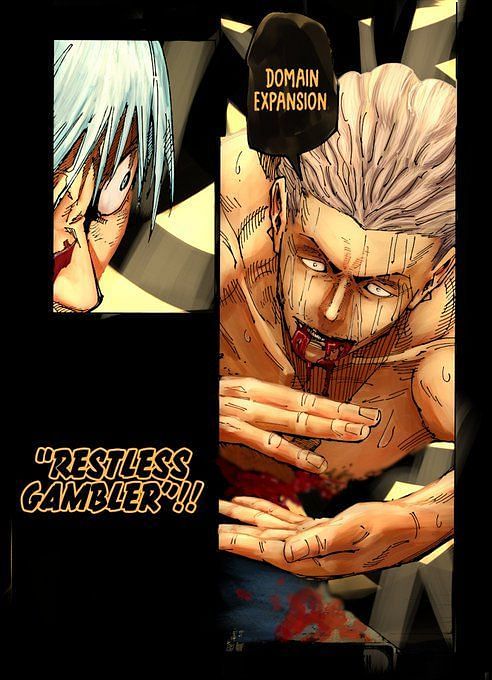 What are the spoilers of Chapter 189?

According to the raw scans that were released, it is shown that Kashimo realizes that this is the Faster Spins version and not the increased probability one. He learns this as soon as they get into Hakari’s Domain. Even though this makes the draws faster, the probability of hitting the jackpot remains at a measly 1/239. Hakari soon collapses, but those few moments were enough for him to hit the jackpot due to Faster Spins, and his Infinite Cursed Energy restored him.

The stare down, when Kashimo believes it was too good to be true, is amazing. He waits for Hakari’s theme to stop playing and when it seemingly does Kashimo thinks they’ve won it. But here is the surprise by the “restless gambler.” 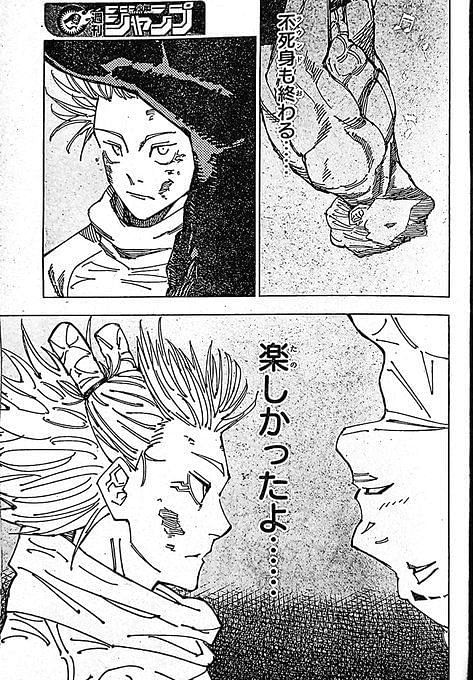 Kashimo is thrown into the nearby ocean by Hakari. Due to the nature of Kashimo’s Cursed Energy, it will leak into the water until nothing remains, or Kashimo will have to shut down his technique so that nothing leaks out. He grabs on to some low-level Cursed Spirits to stay afloat. But Hakari doesn’t even leave this chance, he latches onto a Cursed Spirit and kicks him back into the water.

The Chlorine gas generated from Electrolyting the seawater makes Hakari faint. Kashimo uses his Cursed Technique to produce Chlorine via electrolysis. Due to this smell, Hakari is knocked out and falls into the water. When hakari keeps healing himself, Kashimo realizes that Hakari is not using RCT.