To Your Eternity Season 2-Release Date, Spoilers, Plot and everything you need to know 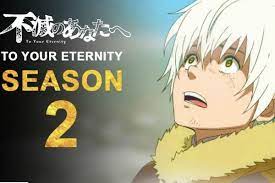 There is a chance that fans can get to see Fushi once again this fall.

This year, the anime universe got some pretty good releases of anime. Now as season 2 of the famous anime To Your Eternity has been announced, fans just cannot keep calm.

What is the storyline of To Your Eternity all about?

To Your Eternity is a shounen anime that has been adapted from a manga series. It follows the story of an immortal who is known as Fushi. The very existence of this anime is due to the various forms that the immortal takes. Sometimes it’s an orb that turns into a rock, then a wolf, and now a human to understand what it means and what it’s like to become a human. 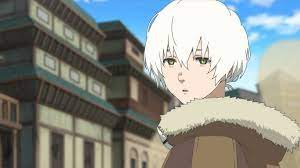 But the plot twist lies in the fact that, even though the character is immortal, it can and does die throughout the series but comes back to life each time. That is the reason, his story is told over several years and his journey tackles some very tough philosophical questions.

Trailer release of the anime:

Earlier this year, a new trailer was released for this anime. It showed never before seen snippets of season two, as well as gave some information regarding its studio change.

Not much information can be gathered from the trailer. Even though a fantastic job has been done by the animation crew but still no official information has been released yet. Once it is done, fans will get exactly what the narrator is trying to say.

When and where will season 2 of To Your Eternity will be released? 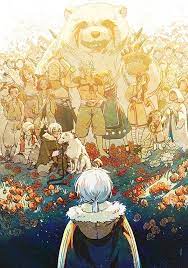 Season 2 of To Your Eternity is all set to get released in the fall of this year. It will be available on Crunchyroll for the fans to watch. If you are also looking forward to this season, now you know where to wait!! Even though it is confirmed that Studio Drive is taking over the production of season 2, still no particular date has been announced as of now.

In a scene, it was shown that a worker was terrorizing a town as well as a mysterious albino figure cloaked and other new characters but not much else. In the description of the story, it says Fushi will have to give up hope on humanity in this season. Thus, it is expected that this time the story will more than likely revolve around how that happened and him regaining that hope.

Season 1 of To Your Eternity was streamed on Crunchyroll when it was released in 2021. And after the merger of Funimation and Crunchyroll, the next season would, without a doubt be released on the same platform. Also, in the 6th Crunchyroll Anime Awards, the series won the award for best drama, beating out other highly popular shows.