Falling Into Your Smile Season 2-Spoilers, Recap and Everything You Need to Know.

With the rise in Chinese drama fans, now the critically acclaimed Chinese drama “Falling Into Your Smile” has recently been released on Netflix. But now fans are eager to know whether or not the series will continue with a second season.

One of the most popular shows of 2021 was the E-sports show Falling Into Your Smile, which is now made available on Netflix. It became one of the most watched shows of the year with Xu Kai, Cheng Xiao, and Zhai Xiao Wen, in its lead role.

Taking into consideration the popularity of the show, it can be guessed that Falling Into Your Smile will surely be renewed for a second season. Even the that new rumors growing online have shown support in the respawn of the works. But till now nothing has been confirmed yet.

When is season 2 of Falling Into Your Smile being released? 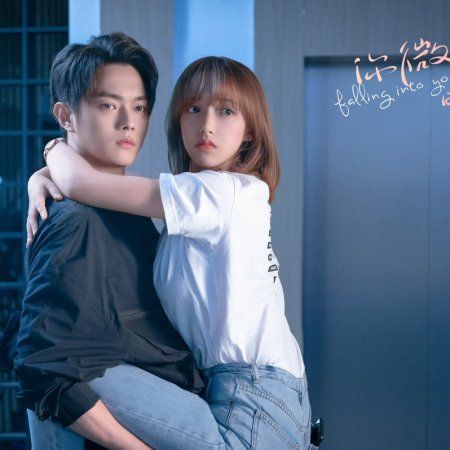 Now, it has been over a year since Falling Into Your Smile was launched. With the show’s success and the love that fans showed towards it until now a second season should have been announced. But unfortunately, there has been no announcement regarding the second season of the show.
Even the last episode of Season 1 gave the impression that the groundwork is being laid for a subsequent season. While concluding the series it ended with a blog post on the engagement that can be seen in episode 31. The article had the statement “I know you will continue to follow me.” Thank You, and See You Next Year!
While there is a high possibility that, this just might be referring to the in-series storyline for the E-Sports leagues, it is also possible that this is a clue towards season 2. Especially when taking into account the fact that video game competitions typically take place once per year.
Fans are expecting, after the ending of the last episode, that the C-drama might return but with a new cast. This idea is derived from the analogy that in the world of e-sports, there are an infinite number of teams and franchises competing for victory.

Reception of the show:

Falling Into Your Smile was unquestionably successful to the point where it deserves to be renewed for a second season. After it had an underwhelming start in its home country, this low-budget drama went on to become a global phenomenon. It also garnered an unexpected amount of support from its audience. It received a rating of 8.7/10 on MyDramaList, 9.6/10 on Viki Rakuten, and 8.4/10 on IMDB.

Will the second season ever be aired?

The main reason that is creating doubt in everyone’s mind is that it has been almost a full year since the series made its debut, and there has been radio silence from the whole production team ever than on the prospect of Falling Into Your Smile season 2 being produced.
Looking at the time frame, till now, at least a teaser, hint, poster, or some form of news marketing a second season of Falling Into Your Smile given the amazing global popularity of the series.