Review of Lycoris Recoil episode 3-Spoilers, Recap and Everything You Need to Know. Another week, another Lycoris Recoil episode. To once again show us what Chisato, Inoue, and the rest of the cast are up to, this action-packed anime has returned. Lycoris Recoil, an original anime with no past fandom, celebrated its second week in a row at the top of Anime Corner’s weekly anime ratings, which are determined by user ranks; this is quite outstanding going up against returning series and eagerly anticipated adaptions.

In the universe of Lycoris Recoil, orphan girls are trained to be Lycorises, a method of reducing violence. Behind the cute anime females who appear as the main characters in this series are political intrigue, criminal activity, and secrets. To help viewers put the puzzle pieces together themselves, the television show scatters little expositional nuggets across background dialogue or news segments. 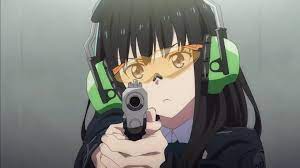 A quick summary of episode three:

The third episode opens with a flashback to the first episode, which was a fraudulent weapon trade that Inoue made hastily, as we all know. We flashback to the present, where Inoue is solemnly washing her face after seeing herself get punched by one of her former teammates. After the theme song, we show Kurumi working diligently to improve the picture that Chisato sent from the client’s phone in the first episode, surpassing what Mizuki claims the DA was able to deduce from it.

Chisato then reappears in the scene and announces the board game night after hours at LycoReco. Kurumi participates with the regulars, but Inoue declines their requests to play along. When Mika sees Inoue returning to her quarters, she rejects both his attempts to talk to her and Chisato’s invitations to participate in the fun. Since tomorrow is the last day to take the physical fitness exam, Mika is standing outside Inoue’s door asking Chisato if she’ll go. Knowing the commander will be present, Inoue jumps into the conversation and asks if she can go with Chisato. 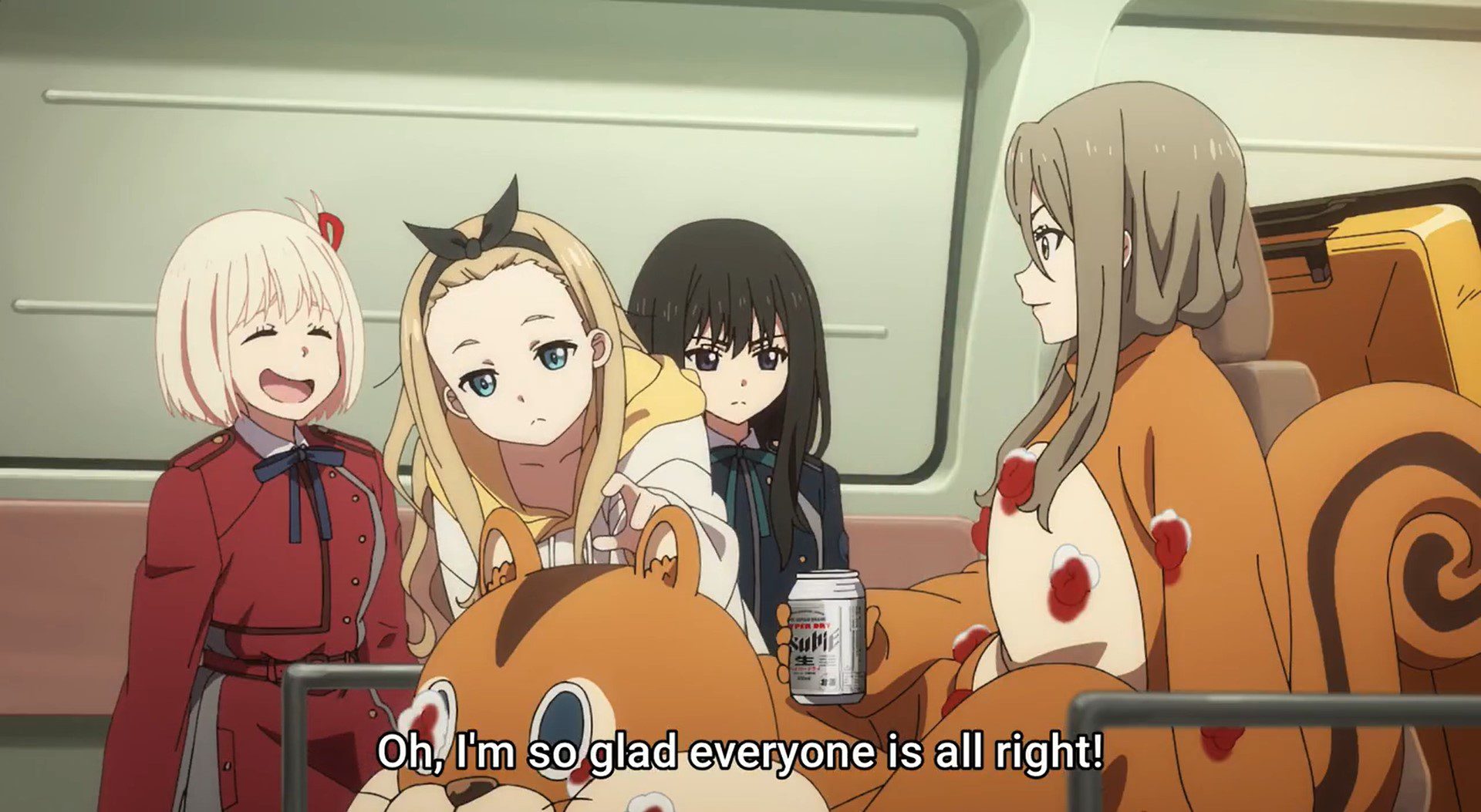 Chisato registers for the test as soon as they arrive after being scanned to verify their IDs. Inoue interrupts the receptionist and requests to see Commander Kusunoki before she can be questioned about why she is there. The receptionist informs Inoue that the commander is now in a meeting and unavailable. Although it seems that stories about what Inoue did are starting to spread and claim that she is known as the Friend-Killer, other girls start to mutter behind Inoue’s back. Shaking off what she’s heard, Inoue then states that she will wait until Commander Kusunoki adjourns from her meeting before speaking with her.

The ending of the episode:

The ending scene shows that the action picks up with Inoue talking to a swollen-faced Fuki. Once more, Fuki labels Sakura a useless Lycoris, but this time Inoue is unconcerned, leaving Fuki furious in the restroom as Sakura apologizes for her subpar performance. Erika is once again pouting in her room, afraid of what to say to Inoue if they crossed paths again. On the drive home, Inoue and Chisato converse, and for the first time this episode, Inoue smiles.