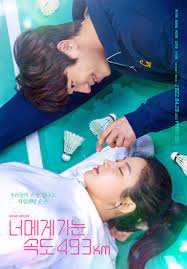 The Speed Going to You is 493 KM, also known as Love All Play, is a 2022 Korean sports rom-com that was directed by Jo Woong. Park Ju-Hyun, Chae Jong-hyeop, Park Ji-Hyun, Kim Moo-Joon, and Seo Ji-Hye play the key characters in the 16-episode drama. The duration of Love All Play Episode 15 is 62 minutes. Poplar Publishing published four volumes between May 2011 and March 2014. It is a sports romance drama that depicts the passion and affection for badminton of a male and female protagonist who is a mixed doubles group with players.

Summary of the episode: 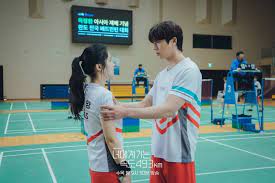 Tae-yang declines Tae-request jun’s to play mixed doubles with him in Love All Play Episode 15 since she has been chosen for the team matches. She declines his requests and his attempts to emotionally blackmail her. She contacts Jun-young at midnight to request her permission to play with Tae-jun, but she can’t help but think about it.

In addition to dating, Jung-hwan and Yu-min have teamed up to compete in mixed doubles. Yu-min invites everyone to lunch because she has become friends with Jung-hwan, Tae-yang, Tae-jun, and Tae-yang. She is not yet aware of Tae-yang and Tae-breakup. jun’s They argue frequently about who will win the mixed doubles, and Jung-hwan playfully asserts that they will triumph because they are a couple and not ex-spouses.
Seung-woo has begun working for his parents’ business and still has much to learn. He abruptly retired and now must begin a new life for which he still appears unprepared. Tae-jun requested a favor from Coach Lee because he couldn’t bear to see his adored senior retire in such a way.

Since Seung-contract woos hasn’t officially expired yet, Tae-jun and Coach attempt to convince him to play one final match. He agrees to participate since the coach wants him to leave with a great final game. Seung-woo is delighted to play a final match against outstanding players like Jung-hwan and his friend, even though they lose, and that becomes his enduring farewell to badminton. 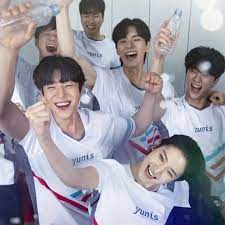 High school student waiting to support her favorite player as the Yunis team bus arrives. When the players first see the girl, they assume that she is waiting for Jung-hwan, but it turns out that she is supporting Tae-yang. Because the girl is her stepsister, Tae-yang rushes to embrace her.

Tae-yang had asked her family to support her, and when her sister shows up to do so during the game, her dream is fulfilled.

What is the ending of Love All Play Episode 15?

Tae-knee jun continues to swell despite the doctor’s advice to stop participating in the games. When he went to the doctor to get checked out, the doctor told him he couldn’t even play a game or work out. They have qualified for the mixed doubles championship match, and Tae-yang is eager to win, but Tae-injury jun might put an end to her hopes.

To know more about episode 15 of Love All Play, click on the link given below. It provides a recap of the episode: