Is the truth revealed in Episode 2 season 2 of Shadows House? 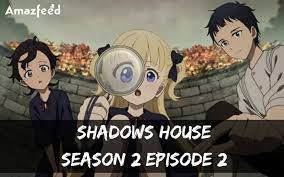 The number of gory events that take place in Shadows House Season 2 Episode 2 has fans interested. As things become more bizarre, Shadows’ dolls must uncover the truth about the Shadows’ House. Well, the first season managed to keep viewers spellbound, and the second season did the same. But as the other dolls begin learning the truth, it appears that things will suddenly be very different.
Barbie and Barbara will now collaborate on a goal. Barbie strives to tell the truth despite having little to no strength left. The pupils will discover their path in the interim, and Barbara will discover her place in the home. Regarding Lord Grandfather, Episode 2 will touch on his backstory.

What will happen next in episode 2? 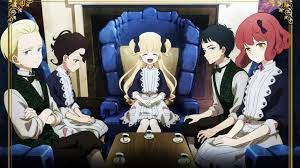 “The Best Star Bearer” is the name of the upcoming episode of Shadows House. Barbie brings Barbara to the classroom where fresh students are receiving instruction. Barbie attempted to drag Barbara to that room despite her discomfort. Susanna instructs her pupils on how to manage their soot. Barbara can produce 60% of the soot, after all. It will be exciting to observe how the ranking operates going forward and why they still require people in the house even if only one shadow can generate enough soot. It will also explain how Lord Grandfather came to be in that circumstance.

There is no need for additional students because Barbara is capable of producing enough soot to power both the home and the hamlet.

Therefore, the primary reason for this Shadows House will also be revealed soon. Susanna can also become a victim of the incident that arises as a result of the enigmatic person. There is a good probability that a person is a real person who is interested in assisting children. If it goes on, it might expose the Shadows’ vulnerability. The bond between Barbie and Barbara will also be explored. 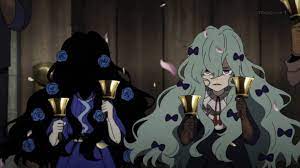 A mishap occurred in the children’s wing in Episode 1. So, Emilico was suspected by everybody. But when Kate heard what the star-bearers had said, she was furious. The new shadows were taken to the training room the following day by Susanna so they could learn about their shadow abilities. Emilico attempted to speak with Lou while the dolls were occupied in the meeting.

Later, Susanna requested that Kate and Shaun demonstrate their abilities. She slipped a letter into John’s pocket while they were exhibiting their abilities. Susanna soon found out that Kate had given Shaun something. So she confronted her. Then, to remove Susanna from her list of suspects, Kate apologized to her. Barbie then entered the space, but sadly, towards the conclusion of Shadows House Season 2 Episode 1, Barbie lost control.

The Best Start Bearer,” the second episode of Season 2 of Shadows House, will broadcast on July 16, 2022. Local Japanese television networks such BS11, Tokyo MX, GYT, GTV, BS Asahi, MBS, Wowow, and FTV will broadcast it at midnight. The anime is also available on Crunchyroll. Remain tuned.