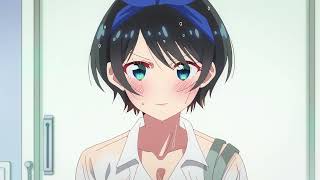 As we near the midway point of the second season of Rent-A-Girlfriend, a brand-new episode, titled “Booze and Girlfriend,” will air later this week. Though they may not admit it, Kazuya and Chizuru feel deeply for one another. Despite their relationship’s many ups and downs since the first season, they have always been able to work through any issues that arise. Fans were more excited following the latest occurrence when Ruka spent the night with Kazuza because they were curious to see how Chizuru would react to him now that he knew they were together. The current season of Rent-A-Girlfriend has 12 episodes, exactly as the inaugural season. There is no reason why Rent-A-Girlfriend Season 3 shouldn’t happen, especially when the manga is currently receiving new chapters. It’s also reasonable to anticipate that we will see more of Kazuya and Chizuru’s love story given how well-liked the series is among rom-com fans. 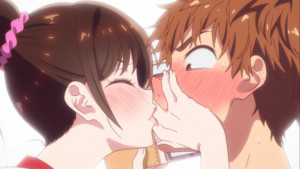 Realising date and time of Rent A Girlfriend Episode 6

Depending on where you are, Rent-A-Girlfriend Season 2, Episode 6 will premiere on either Friday, August 5, 2022, or Saturday, August 6, 2022. Fans in Japan can watch the most recent episode on regional broadcasters like TV Asahi and ABC, and Crunchyroll has obtained the rights to the show for viewers outside of Japan. the sixth episode of Season 2 of Rent a Girlfriend, will be made available online. The release times for the most recent Rent a Girlfriend episode are shown below. Regarding the channel, Rent a Girlfriend S2 E6 will be accessible to viewers everywhere on Crunchyroll.

Expected story of this episode

After three days following the event with Ruka, Kazuya and Chizuru finally cross paths. He observes Chizuru’s peculiar behaviour. When Kazuya gets back to his flat, he finds out that Chizuru’s birthday is four days away. Since he can’t rely on anybody else, he chooses to hire Sumi and seek advice on the ideal present. He learns that Chizuru would be putting on a hero performance when she is with him on the roof of a department store. He learns from Sumi that a birthday gift ought to reflect the recipient’s emotions. He responds to Sumi’s question about his birthday before she walks away. Still unsure of what to get Chizuru for her birthday, Kazuya feels lost. Out of choices, he buys her a box of umeboshi (pickled fruits in Japanese), along with a message, in an effort to convince her that nothing took place between him and Ruka that evening. Kazuya ponders if the gift he chose for Chizuru was the best one, as the latter adores umeboshi.