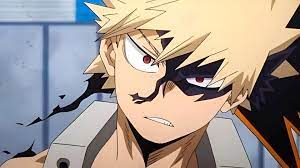 My Hero Academia Chapter 360 has recently become the subject of new textual spoilers, following the initial raw scans that gave readers quite the fright earlier today.

Although these latest spoilers imply that Bakugo may have ultimately been spared by his unexpected rescuers, things are still not looking good for our explosive hero aspirant. Having said that, the latest spoilers raise the possibility that Bakugo will continue to possess his greatest strength—his analytical mind—despite having been broken and injured.
While Katsuki Bakugo may be obviously startled and slightly intimidated, it seems that the Great Explosion Murder-God Dynamight is not familiar with the idea of giving up hope. 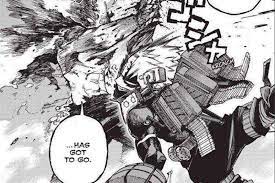 According to the spoilers, the title of My Hero Academia chapter 360 is “Even Though…”

What is the storyline of Chapter 260 of My Hero Academia?

In the first scene of the chapter, AFO/Shigaraki (also known as TomurAFO or AFOgaraki by fans) brutalizing Bakugo’s damaged body and threatening to use him against Midoriya by transforming the vivacious youngster into a dismembered corpse. Bakugo makes another attempt to deploy his Strafe Panzer, but the bad guy just kicks him down.

Now that Bakugo is being held hostage by AFO/Shigaraki, Nejire Hado attacks with her new technique, Gring Pike, which she is compelled to deflect. Tamaki begins using his poisonous Scorpio stingers to attack the bad guy in the back after hiding himself for so long. AFO/Shigaraki, however, effortlessly expels the poison by forming a mouth on his finger.

Taking advantage of the confusion, Mirio frees Katsuki from AFO/Shigaraki and throws him in the direction of Best Jeanist. Mirio approaches Shigaraki, learns why the bad guys want to end civilization, and immediately says that Shigaraki has no one he cares about. Knowing full well that they have little hope of beating the villain without Midoriya, Mirio hits Shigaraki with one of Nejire’s shockwaves absorbed into his right arm.
Best Jeanist, in the meantime, makes an effort to assess Bakugo’s injuries and comfort the young man by asserting that Shigaraki is on an entirely different level. However, Bakugo doesn’t seem to be paying attention as he continues to study the combat and repeatedly says, “Finger... Right… Feint.” 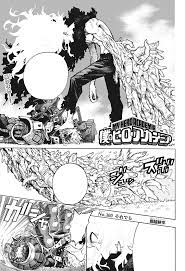 While clearly in shock after his loss, Bakugo is still putting the fight first. Oddly, the little drops of sweat that are dripping from his face appear to be erupting on their own.
Horikoshi is quite conventional, so expecting him to kill off his deuteragonist seemed unreasonable. One must acknowledge, though, that the youngster seemed doomed at the start of My Hero Academia Chapter 360, and even after being saved, Bakugo is still in danger. We don’t know how much harm AFO/Shigaraki caused him, but based on what we do know about Bakugo, we may assume that he will ignore his injuries to serve the greater good.

However, the final words of My Hero Academia Chapter 360 are “Sore demo mada,” which approximately translates to “not yet.” This could be seen as a reference to the fact that Dynamight is still in progress or that, whatever Bakugo is planning or assessing, the appropriate time for execution has not yet come. Readers can only hope that this is the start of Bakugo’s narrative arc, which will be distinct from Deku’s up to this point.