Are we going to see a new antagonist in Chapter 191 of Jujutsu Kaisen? 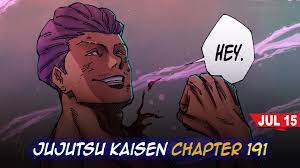 It is anticipated that the Sakurajima Colony, where Maki Zen’in and Noritoshi Kamo were last seen, will be the main topic of Jujutsu Kaisen Chapter 191. The reaction to the return of both characters was very enthusiastic. Fans were especially thrilled by Maki, one of the series’ most well-liked and powerful characters.

Although Maki is regularly compared to Toji these days, readers have yet to see her combat prowess against a foe of the same caliber. In reaction to Yuji and Megumi’s Getou-Gojo parallel, this arc is probably devoted to establishing Maki’s position as a parallel to Toji.

Recap of Chapter 190 of Jujutsu Kaisen:

It was revealed in Jujutsu Kaisen Chapter 190, titled “Tokyo No.2 Colony (Part 9),” that Kashimo caused the steam explosion by simultaneously releasing all of his Cursed Energy. Hakari, who defended his entire body at the expense of his arm, was unaffected by the strike. When Hakari defeated Kashimo, he discovered that the reborn sorcerer had been holding back his Cursed Technique for Sukuna and that he could only use it once.
In exchange for his assistance during the Culling game, Hakari promised Kashimo the opportunity to face Sukuna. They stumbled across Panda, who had recovered by shrinking his body to contain his core. Panda was dissatisfied with the idea of letting Kashimo battle Yuji. 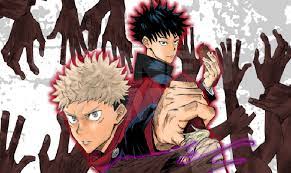 Charles was later enlisted into Hakari’s ragged crew after they had met. Momo Nishimiya interrupted them and gave a brief explanation of the four rules they were attempting to implement: transfer of points, player substitution, communication between colonies, and exit and access to colonies. Nishimiya opted to delay enforcing the third rule and concentrate on the second and the fourth instead thanks to Ui’s assistance, who could likely teleport himself and others, and Maki, who could enter and exit colonies due to having no Cursed Energy.
The focus of the story then turned to Sakurajima Colony, where Maki could be seen mercilessly eliminating Curses. Noritoshi Kamo joined her and it was revealed that he had been expelled after someone else took over as the head of the Kamo clan. The two students were informed about the advent of a bug-like Curse in their area as Kamo begged Maki to depart for another colony where her assistance would be more needed.

What is the storyline of Chapter 191 of Jujutsu Kaisen? 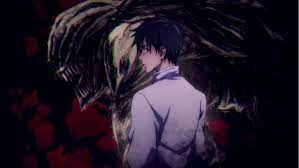 Beginning with Jujutsu Kaisen Chapter 191, the Sakurajima arc is anticipated to center on Maki using her newly discovered abilities. She is expected to be Kamo’s superior. There has been plenty of time for numerous developments in the other colonies before the Sakurajima arc begins two days following the conclusion of the Tokyo No.2 Colony arc.
Maki is simply a culling game cheat code. Her real abilities have not yet been made known following the Zen’in Massacre. Although she ought to be on Toji’s level, in theory, admirers have yet to observe how she performs in reality. She will earn valuable experience during the battle against the bug-like Curse in Jujutsu Kaisen Chapter 191.

It’s interesting to observe that Maki has stopped wearing her spectacles, possibly having acquired Toji’s eerie ability to detect the location of the Curse without the use of any senses.

The character of Kamo should also be thoroughly examined in Jujutsu Kaisen Chapter 191. While he had previously compared himself to Megumi, it is now obvious that Maki’s fate is much more in line with his own. Compared to a force like Maki, it is unclear what Kamo can do with his Blood Manipulation, but he has a battle sense just as acute as Megumi and Todos.

Although it seems doubtful that Gege will have anybody step in and break up this fight at this early stage, viewers must keep in mind the ominous panel of Miwa from the conclusion of the Sendai arc. The only Kyoto student whose whereabouts are unclear is her, given that Todo is incapacitated and that Arata Nitta is probably treating the injured alongside Ieri. Miwa may be affected by Mechamaru’s loss, which could account for the particular art style. We’re hoping that Jujutsu Kaisen Chapter 191 will provide us with more information about her current situation.