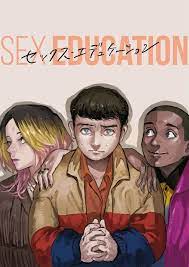 Sex Education, a popular Netflix series, will soon get a manga version thanks to John Tarachine.

The manga is published by Kadokawa’s Global Comic imprint, and Tarrachine, whose most recent manga, Umi ga Hashiru End Roll, was published in 2020, will draw it. For readers who want to read the first chapter, the first issue of the manga is already finished and available on Kadokawa’s Comic Bridge website. 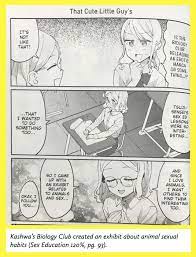 Before the highly anticipated fourth season of the Netflix series, news of several important cast members leaving the show coincides with the release of the manga. Fans who wanted to see more of Patricia Allison’s character Ola and Tanya Reynolds’ character Lily in the series were shocked when they recently announced they would both be leaving the show.

Jason Isaacs as Peter Groff, Jemima Kirke as Headmistress Hope, and Dua Saleh as Cal were all added to the roster for season 3.

The inventor and author of Sex Education are Laurie Nunn, and Eleven is slated to serve as the film’s producer. Along with additional content from Jodie Mitchell, the authors include Sophie Goodhart, Selina Lim, Mawaan Rizwan, Temi Wilkey, and Alice Seabright. Ben Taylor, Runyararo Mapfumo, and Jamie Campbell are in charge of directing the third season. Laurie Nunn, Taylor, and Campbell also serve as executive producers. 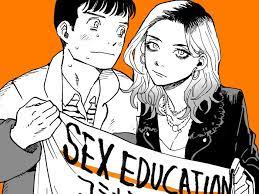 The manga adaptation of Sex Education:

Fans of the Netflix original won’t have to wait long to get started on this distinctive take on the exploits of Otis, Maeve, and Eric, along with their other classmates, since the series seems to be getting its manga adaptation as it continues to gain popularity.
The show’s first three seasons are only accessible via Netflix. Check out Maeve, Otis, and Eric as manga characters in this first chapter as you wait for season four and the next installment of the anime adaptation. Sex Education’s fourth season has been confirmed along with the manga, but as far as we know, there aren’t any anime adaptations planned for this comedic series.

The Sex Education manga, which will adapt the tale of Otis, Maeve, and Eric as they strive to navigate high school life while dealing with several difficulties in their teenage years, will debut on the website, Comic Bridge, on July 15th, according to Twitter user Manga Mogura RE.