Earthchild chapter 21-Review, spoilers and everything you need to know 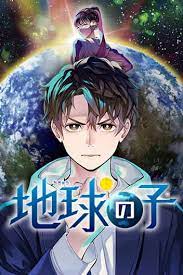 Even though Earthchild has just a few episodes, the series already appears to receive a lot of frames, and readers seem to be enjoying this new manga series.
People are loving reading the new Shonen Jump manga series Earthchild, which is becoming more popular. Earthchild’s chapter 20 was packed with intriguing narrative turns and concluded on a major cliffhanger, leaving all of their fans eager for the next installment.

What is the storyline of Chapter 21 of Earthchild?

The manga seems to have many more volumes left to it. Shinkai steadily adds new parts to the story, which also makes it more complex. As a result, we will be able to appreciate this manga much more. The most recent chapter implies that Earth will keep erecting obstacles to her system’s restoration. As a result, the Sawada family will live their entire lives dealing with “fateful” cruelties. 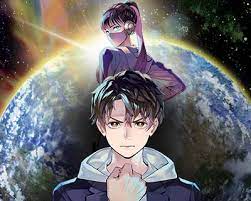 Remember that Mamoru still needs to safely return to Earth. Kareri and Albert would once more have to put their lives in danger to use their abilities to bring him back safely.

With only one assignment left, it will be interesting to see how this arc is resolved or what fresh element the story will include. Considering that we have already caught a glimpse of Mamoru in first grade. Reisuke and Kareri’s presence with him in the hypothetical future is still an open subject.

The chapter starts with Reisuke plummeting into the abyss. He starts to forget things, as Earth said before. Reisuke surprises her and us by climbing up the void and standing his ground. Until he is down to skeletal remains, he keeps dying, but at that moment, by sheer force of will, he recovers. 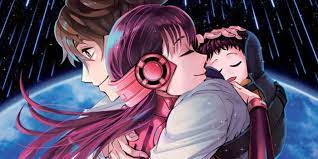 Every justification Earth offers to persuade him to let go is rejected by him. Earth tries to explain to him numerous eventualities that could lead to complete imbalance and devastation if she let him be with his family. This suggests that if more than one Earthchild existed at once, the Earth children System would be disturbed.

Despite this, Reisuke is unwilling to give up or accept Earth’s tricks. He corrects her for calling people on Earth “white blood cells” and merely “tools.” Finally, he just tells her to “deal with it.”

Reisuke awakens and envelops Kareri after a bizarre struggle for life and death. Kareri weeps tears of happiness and relief as a result of her powers rapidly increasing. In the final scene of the chapter, a potent telekinetic beam is seen moving across the sky.

Where can you read this manga online?

All the chapters of Earthchild are available on Viz Media and Manga Plus, for its fans to read.