One Punch Man Chapter 168-Review, spoilers and everything you need to know 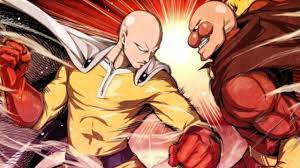 Saitama’s excessively strong skills have long been used as comedy fodder. However, One-Punch Man’s most recent episode shows that he knows no bounds.
Before neatly concluding the Saitama v. Cosmic Garou drama in a manner that brings back the memories for the fans of what the series is about: spiked comedy, One-Punch Man chapter 168 included jaw-dropping events. Saitama’s strength surged in chapter 167 of the manga, a thrilling development that helped him destroy Io, one of Jupiter’s Earth-sized moons.

If chapter 167 was shocking, chapter 168’s events were mind-numbing and unlike anything else that had happened before in the series. The chapter had a perfect mixture of hilarious humor and amazing action. Saitama’s strength is infinite and it has incomprehensible potential, which is the chapter’s most astonishing revelation to fans above and above the occurrences in the chapter.

The storyline of One Punch Man: 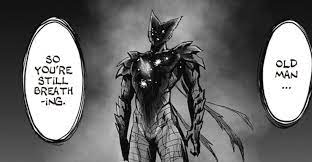 Saitama has unquestionably always been strong since the beginning of the series. The B-Class hero’s achievements have long been used by anime and manga fans to estimate his might. However, it’s challenging to gauge the hero’s strength given his mediocre personality. One of the most exciting fights in the One-Punch Man anime took place between Boros and Saitama around the close of season one. Saitama’s power was suggested during the battle’s climax. Even when the alien, who was capable of terrifying entire galaxies in space, used all of his abilities to confront Saitama, the cape-wearing hero easily vanquished him with only some of his strength.

The plot of Chapter 168 of One Punch Man:

Along with previous incidents, this made fans wonder, “How Strong Is Saitama?” A few battles in the Monster Association Arc gave some indications of Saitama’s potential strength. Genos’s passing was the catalyst the hero required to finally demonstrate his full potential. The last few chapters have demonstrated that Saitama’s power is at least interplanetary level and probably universal when he debuted the Killer techniques in his Serious Series.

The conflict involving Saitama and Garou continued at the beginning of chapter 168. Garou used his portal ability to unleash blows at the beginning of the chapter, which Saitama dodged before answering with his potent attacks. Garou’s intention was made clear before chapter 168, and it was to fully replicate Saitama.

Garou did get what he wanted, but it was too much for him. Garou responded to the moves Saitama delivered, but it did not affect the B-Class hero. Even worse, Saitama’s power increased with each strike he delivered, making it challenging for Garou to match his constant power surge. The key drivers of the bald hero’s development in power were his emotions. The chapter claims that Saitama’s actual strength was never shown, not because he was unable to demonstrate it but rather because he had never encountered a foe who could bring out the best in him.
Garou attempted to flee Saitama after witnessing this terrifying incident since he believed the B-Class hero was unstoppable.

How does the chapter end?

Garou attempted to flee Saitama after witnessing this terrifying incident since he believed the B-Class hero was unstoppable. Garou transferred Saitama to the Sun and himself to Earth using a hastily devised technique. Suddenly, the hero showed up behind Garou a short time later. Saitama is said to have used the trajectory of his fart to go more than 93 million miles (the distance between the Earth and the Sun) in a matter of seconds. He was also able to endure the intense heat of the sun without suffering any obvious harm. These amazing achievements, which are both humorous and unexpected, demonstrate how absurdly powerful the cape-wearing hero is.