Chapter 391 of Hunter x Hunter is back!! Release Date, Reviews, and All Other Updates Available 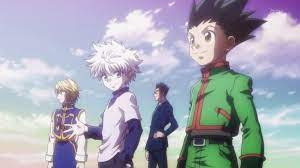 The return of Hunter X Hunter has officially been confirmed by Yoshihiro Togashi. HxH fans can’t stop talking about the news because it’s all over the internet. The comic was last published in November of last year. So the beloved series is back in action after a sabbatical of over four years. The popularity of manga never declined and instead only grew. Consequently, a comeback would be inevitable.

Yoshihiro Togashi is the creator of Hunter X Hunter. On March 16, 1998, Weekly Shonen Jump started serializing the manga. There are 36 volumes in all. There are two variations of the series. The most current release was in October 2011, while the first was in March 1999.

Nippon Animation produced the first anime adaptation of the series. Studio Madhouse was the following. Additionally, it has two films to its credit. 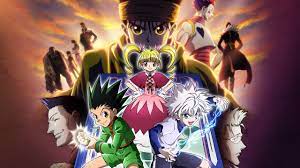 What will happen in Chapter 391 of Hunter x Hunter?

There are now 390 chapters available for the manga. Thus, the narrative will continue in Hunter X Hunter Chapter 391. The main characters have all been seen traveling toward the Dark Continent up until this point. Large volumes of the enigma underlying it will be disclosed. The death match between Hisoka and Chrollo has now started. Hisoka has so far been unable to harm the Phantom Troupe leader. On the other side, the Dark Continent Arc will center on Kurapika.

The Kakin Royal Family is the object of his attention. It is well known that Kurapika won’t surrender until every Phantom Troupe member has been slain. He will therefore keep up his resolve. Gon and others are probably seen entering the island and learning the significance of their journeys. All of the series’ characters will undoubtedly be present during this arc.

On May 24, 2022, the exhilarating news was officially announced via the official Twitter account of none other than the iconic creator Yoshihiro Togashi. On May 22, 2022, the mangaka had just lately started the account. He has since hinted at a couple more chapters in the series. The tweet also mentioned the impending release of four episodes. At the time of writing, the tweet received over 376k retweets. 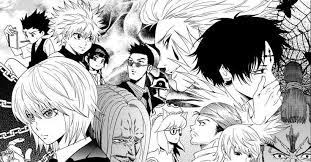 The news’s veracity was subsequently supported by Yusuke Murata, the man behind One Punch Man. He asserted that he had interacted with the HxH author personally. Last but not least, it is certain that Hunter X Hunter Chapter 391 will also be released quickly now that Togashi is healthy enough to do so. Due to his excruciating back discomfort, the mangaka took a break and went to the hospital. Finally, he stated that the legendary series would wrap up its story once and for all. He is in good health.

What is the release date of Chapter 391 of Hunter x Hunter?

The publication date for Hunter X Hunter Chapter 391 has sadly not been announced. Fans may, however, expect it to launch very soon. When the series debuts, Viz Media will probably have it. Thus, a protracted wait could be anticipated.