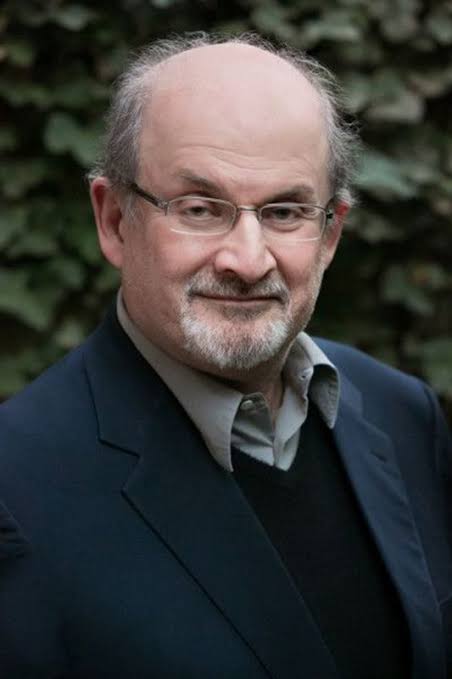 Brown on 19 June 1947, Sir Ahmed Salman Rushdie is Indian born and an American-British novelist, his works include the connections and destruction of the eastern and western civilizations of the Indian subcontinent. Rushdie’s fourth novel, The Satanic Verses published in 19&8, was exposed to extreme controversy and an official fatwa for the assassination was signed by the Supreme Leader of Iran in 1989, where the British government put him under their protection! In 2007 he was knighted by the Queen herself for his works in literature. In 2012, he published “Joseph Anton- A memoir” that spoke about his life post The Satanic Verses controversy.

Sir Rushdie has been married and divorced 3 times in his lifetime, he has two children of which one of them is currently married, and has a child who was born in October 2020. In the light of the fatwa signed against him, for his assassination, he calls himself a ‘hard atheist’ where he doesn’t believe in any supernatural spirit, whether Christian, Muslim, Hindu, Jew, or many more.

Rushdie was reportedly set to give a lecture at an event on August 12th, 2022, in Chautauqua, New York, when a man rushed onto the stage and stabbed him repeatedly several times. He was immediately rushed to the hospital via a helicopter in Pennsylvania, and the suspect was arrested on sight at the scene. Rushdie’s literary agent claims that the wounds suffered are quite serious, that he will most likely lose an eye, and suffer from severed nerves in his arm and his liver was too stabbed and damaged. The New York police have arrested the suspect called Hadi Matar but the reason for the attack is yet not clear. The man sharing the stage with Rushdie during the lecture, Henry Reese also suffered head injuries from the attack. A doctor that was present at the event rushed initially to assist Rushdie before he was airlifted from the area and taken to a secure location and hospital. The incident took place at Chautauqua Institution where they released a statement saying that what transpired today shook everyone in their presence and this expression of hate was extremely violent and brutal to witness.

After hours of surgery, Rushdie was kept on a ventilator where he is still unable to speak. White House National Security Adviser Jake Sullivan thanked all those in the public who swiftly came to the aid of Rushdie and wrestled the attacker away from him. Many suspects that this might be again another planned attack against the author who has had a bounty on his head since 1989, which is quite oppressive for someone who is known to speak their mind and think and write as free as they wish, the freedom that writers and novelists imagine to experience is now being cut short after this incident that has left quite the impact on one’s mind. We wish a speedy recovery for Sir Rushdie.