This episode introduces other fans while primarily concentrating on the gang of great fans. For ZINGS’s fall fan meetup, they all assemble. It’s a typical kind of event for idols. In addition to meeting and interacting with the idols, fans can make new friends at these events. The Jan Ken competition is open to all attendees of the ZINGS fan meeting. Rock-paper-scissors is a well-known hand game. An exclusive bromide is a prize for the winner.

There are undoubtedly many humorous situations during this competition. Kasenjiki is seen ascending a peak at the beginning of the episode as part of her preparation for the competition. Yes, the lunacy we see in this episode is of that kind.

The way the game is portrayed gives the impression that a real war is happening. The funniest episode to date is without a doubt this one. It is very wonderful! We encounter a new fan in the midst of that. She initially does not appear to be the crazy super fan. Although she is often hesitant, once she is seated beside them, she rapidly begins to take the competition seriously and acts just like them. Throughout the entire fan meetup scene, I genuinely couldn’t stop giggling. 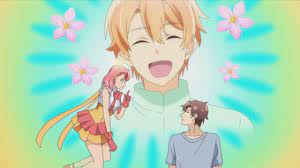 However, the tournament this time has a significant surprise. The reward includes the chance to snap a photo with Niyodo and Yoshino in addition to a bromide. The madness has thus advanced.

What happens in Episode 4?

Niyodo is focused on winning, much like his supporters. He views this competition as training for Jan Ken, that would offer him the upper hand over Asahi. In other words, if he defeats Asahi, she would be forced to perform at all the performances and train alone. Niyodo is, after all, the king of laziness.

Yoshino, poor Yoshino, is completely swamped by the whole mess. The situation has gotten out of hand when Asahi took control of Niyodo’s body to incite more fright among the fans. Niyodo is always livelier and more endearing when Asahi is in control of her. As a result, fans are always surprised.

Asahi’s suggestion that Niyodo and Yoshino might be in a relationship this time makes the shock even more shocking. The supporters are only made to believe it could be true by Yoshino’s response. It’s funny how Asahi continually attempts to calm things down, which she succeeds at doing, while at the same moment, she causes chaos inside the community.

In this episode, a lengthy scene takes place at the pub between the regular crowd of super fans. These scenes are truly priceless because of the clever dialogue. Furthermore, I relate to these personalities because I’m a fan of something. They contribute to the series’ comedic tone even if they aren’t always crucial to the plot. However, the scene in the pub does hint at something for the episode that will air the following week. ZINGS will participate in a significant event. And it does appear to be the first instance of it. The fans and the idols themselves will find this exciting. 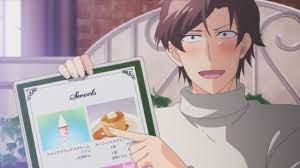 What happens in the end credits scene?

This episode returns to the customary end credits after last week’s unique end credits. The post-credits scene is different from those in episodes 1 and 2, which feature crazy fans at the bar. Although I can comprehend why they selected something unique for this episode given that it included a lengthy scene at the bar. In its place, a new hooded figure appears, who does recognize Niyodo. Who is it though?