Donna D’Errico started an ‘OnlyFans’? know everything about the actress here Born on March 30th, 1968, D’Errico is an American model and actress, who posed for Playboy as its ‘Playmate of the month’ in September 1995, she has also starred in the all-time famous Baywatch (1996-98). She was married to Nikki Sixx, but divorced him in 2007, 11 years after their marriage, together they had a daughter and son, born in 2001 and 1993 respectively. D’Errico supports animal rights and is a vegan!

In 2011, D’Errico shared that she is training full time to fulfill her lifelong dream of cloning Mount Ararat in Turkey to search for the frozen remains of Noah’s ark, but while retiring home to the US in mid-2012 she suffered from injuries due to a fall in near the finish of the climb. 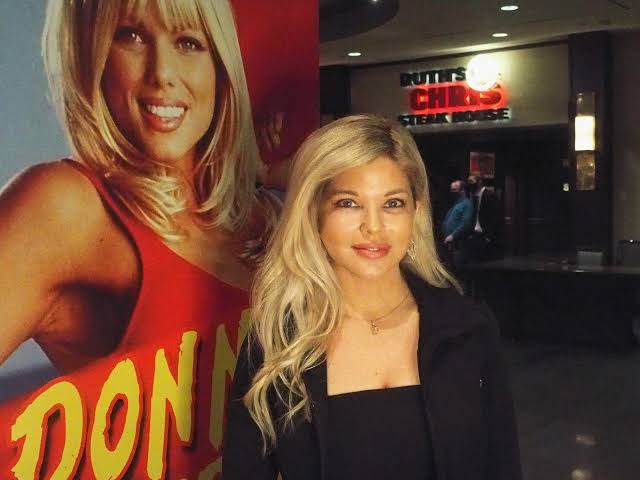 The 54-year-old, Baywatch star has reportedly started or opened an OnlyFans page. OnlyFans is an adult subscription-only site, recently Carmen Electra too joined OnlyFans much to everyone’s surprise. D’Errico is hitting back at all the haters on her social media who think she is too old to wear a bikini in public, and she announces her joining the site on her social media where she mentions that she does not take the site seriously, and if people are upset due to her joining she does not care about that. She mentions that her page will only include lingerie-modeling pictures, pictures from magazines, and her doing funny things in a bikini because of her ‘incredible’ sense of humor. This is not the first time the Playboy model has spoken back at the hypocrisy that her haters throw at her, she says that when Instagram models and influencers post pictures of themselves half nude on their Instagram, the audience applauds them, but if another decided to share the same pictures in a controlled environment that will ensure the privacy of the models and the cyber security of them the audience immediately hates that. She even hit back at the women who commented that she was too old to wear a bikini and that she was ‘classier’ than that, she calls them out by saying that she can do whatever she wants and wear whatever she wants as well! According to D’Errico, she is personally handling her OnlyFans account and not using a third-person agency or manager for it. Founded in 2016, this site is used to allow influencers to mint money through sexually explicit content, which is again subscriber-only.
We wish all the success to the Baywatch star, for this new venture and we wish her all power to hit back at her haters, and never to let herself be wrongly mistaken!