Everything you need to know about Episode 13 of Jjo’s Bizarre adventure!! 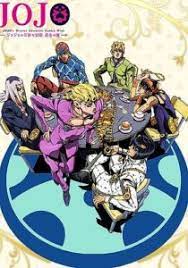 The thirteenth episode of the anime JoJo’s Bizarre Adventure is titled JoJo vs. The Ultimate Being. It is also Battle Tendency’s fourth episode. It includes the manga’s Chapters 58 through 61.

Santana must be defeated, and Joseph Joestar intends to use the Ripple. The Ripple and plain intelligence, however, are insufficient to defeat the Pillar Man due to his superhuman vitality.

This anime story has been written by Shogo Yasukawa. And the direction credits for the episode go to Yasuhiro Minami and Kenichi Suzuki. 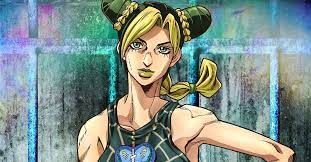 What is the storyline of Jojo’s Bizarre Adventure?

Santana is again approaching Joseph, Stroheim, and Speedwagon after breaking out of his prison. Joseph chooses to jokingly live peacefully with the Pillar Man despite the risks. Santana, on the other hand, chooses to disregard Joseph in favor of observing his surroundings. He deftly disassembles a machine rifle and starts examining the lights. Santana tries to kill Joseph by sprouting jagged ribs out of his body when Joseph irritates him too much, but Joseph disarms Santana with the Ripple. Whenever the Pillar Man attempts to injure Speedwagon, Joseph gets concerned, which then intrigues Santana about this ability. Santana’s skin, nevertheless, is too resilient to the ripple. Santana appears to strike Joseph into unconsciousness while twisting his body to avoid an assault before absorbing him.

Fortunately, Joseph has only played along and is currently near Santana’s interior. He divides Santana in half with a deadly ripple assault.

Joseph tries to drag Santana up to a base’s doorway while chaining the chest of the Pillar Man so that the body may be seen in the sunlight. Unfortunately, just as Joseph is about to reach the door, Santana grabs hold of his leg and renders him motionless. Stroheim, who is trying to aid, gets captured, and the German exhibits incredible bravery by commanding Joseph to slash his bound leg. Stroheim unlocks the door to the escape when Joseph grudgingly complies, revealing Santana to the sun.

Santana, nevertheless, manages to escape the sunshine by squeezing into the gap left by Stroheim’s amputated leg. Stroheim takes a single step into the sun while removing a grenade. Then he informs Joseph that the Germans have discovered additional Pillar Men in Europe and that he needs to travel to Rome to discover how to combat them. According to him, Joseph must meet a man in Rome who Speedwagon is familiar with. Stroheim then detonates the explosive and vaporizes his body. 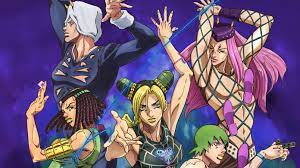 In a desperate attempt, Santana assaults Joseph, and the two are sent flying into a well. But afterward, Joseph says that he planned the jump precisely for the sunlight could hit the well water and be mirrored. When the sunlight hits Santana from two directions, it turns Santana into stone. Thus, Santana gets defeated.