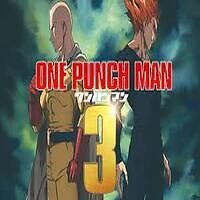 The news that One Punch Man will return for a third season has thrilled the whole One Punch Man fandom. The news was announced on August 18, 2022, and the third season’s development process was also highlighted on the show’s official website. Since then, eager viewers have awaited information regarding the following season.

One Punch Man has enough content for two more seasons of television. The next season will bring one of the best story arcs in the series to life. The manga has improved substantially. Let’s look at the announcements made and the season premiere dates to see if we can forecast a likely window for the release of the upcoming season.

The third season is now under production, according to the official One Punch Man Twitter account. The tweet also contained a link to the website where the same news was reported. A few months after the first season of the show was revealed in October 2015, the first episode debuted. Despite the announcement of the second season in 2016, the first episode didn’t air until later in 2019. But according to a statement made in September 2017, the second season would have a new studio and director.

What to expect from Season 3?

This season is anticipated to follow the precedent set by the preceding two, which each had 12 episodes. The first season covered about 41 chapters, while the second season covered about 43 chapters. The Monsters Association arc won’t stop there; it will continue in the upcoming season starting with chapter 85. This is to allow the third season to adapt all 87 chapters, which it cannot achieve without 24 episodes as the most recent chapter concluded with the aforementioned arc.

Garou will be the season’s main emphasis. The Monsters Association’s monsters cause mayhem, and the heroes have plans to invade their lair as well. The heroes who were previously introduced will get some screen time to demonstrate their abilities. That said, this season will also see the introduction of other heroes, such as Zombieman. The Monsters Association’s president, Orochi, will also make an appearance in the upcoming season.

Chapter 138 will probably be adapted for One Punch Man season 3. This is due to the series’ introduction of the enigmatic being known only as God. This will give the series the chance it needs to wrap up with a big cliffhanger and a better conclusion than season 2. Many battles, such as Garou vs. Bang vs. Garou Saitama, are included in the series. There would be 24 episodes in the Monsters Guild series if it were to be completely remade.