Details inside, “Dragon Quest: The Great Adventure of Dai”. 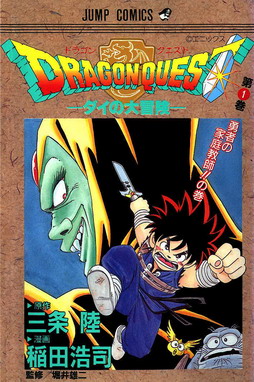 Doragon Kuesuto: Dai no Daibōken translated as “Dragon Quest: The Great Adventure of Dai”, is a Japanese manga series. The series is written by Riku Sanjo and illustrated by Koji Inada. It is based on the popular video game franchise Dragon Quest. From October 1989 to December 1996, it was serialized in Shueisha’s Weekly Shōnen Jump. In September 2020, a prequel manga series began in V Jump. A spin-off manga is serialized in Saikyō Jump in October 2020.

The Story of the Series 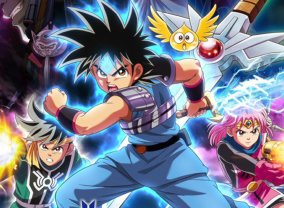 The story is centered around a young boy, Dai. He remembers a story told by his adoptive grandfather, the monster magician Brass. It is about the defeat of the Demon King Hadlar at the hands of a hero called Avan. After the defeat of the Demon King, all of the monsters were released from his evil will. For ten years, peace reigned supreme around the world once again. Some monsters and demons moved to Drumline, an island where they could live peacefully. Dai is an orphan and is the only human living on the island. He was raised by Brass and by his best friend, the monster Gome. Dai starts dreaming of becoming a hero.

Episode 91 of the series.

Episode 91 of the Dragon Quest: The Adventures of Dai anime is titled “Vearn’s Truth”. The new chapter will be released on Friday, August 19, 2022.

You can check the release time in different time zones.

A Quick Recap of the last episode.

The audience was shocked to see Popp defeated. Phoenix Wing was used to stopping and defeating Popp. Hyunckel notices something about MystVearn’s identity. MystVearn assures the heroes that no matter how hard Dai tries, he won’t be able to kill him. Hyunckel agrees with him as the real king stands in front of them.

He reveals to others that MystVearn is the real king. He claims that ever since Mystvearn has shown his face, he has sensed a familiar presence that is similar to King Vearn. Myst stops him at this point, but Killvearn shows up and insists on knowing more about Myst. Killvearn’s presence means Avan is dead now. Mystvearn is surprised to see Killvearn. He remembers the day when Killvearn showed up for the first time. Mystvearn was very impressed by his personality.

No longer able to hide, Avan shows up suddenly in front of everyone as he was no longer able to hide. Avan told them that he had defeated Killvearn. He threw his severed hand back to reality after getting trapped in the dimension. Avan attacks Killvearn. He successfully dominates him. Killvearn suddenly cuts one of his hands and tosses it up to the sky. His thrown hand starts forming a large sphere of flame. Then, he throws the flame ball at Avan.