Born on 24th February 1989, the 33-year-old is a British actor, he is known for his performances both on screen and on stage. He is the recipient of a Golden Globe Award, an Academy Award, 2 BAFTA Awards and so many more! In 2021, he was named as a part of the 100 most influential people in the world in Time magazine. Kaluuya is famous for his roles in ‘Black Panther (2018)’, ‘And get Out (2017)’ which was the breakthrough role that earned him a nomination for the Academy’s award for Best Actor! He is also the first British actor of African heritage to win an Academy award. He is an ardent fan of football and follows it as frequently as possible for him with his busy schedule. 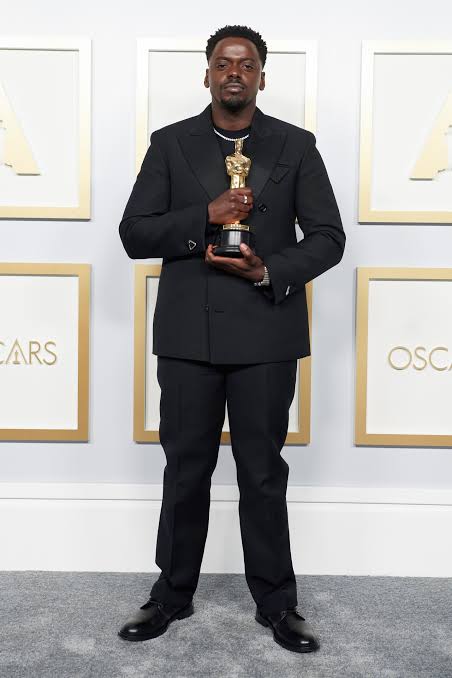 Daniel is set to star in Jordan Peele’s new sci-fi horror film ‘Nope’, which has the fans excited as Peele was responsible for the direction of ‘Get Out’ that earned the act out his very first Academy nomination. However, in an interview, after asking about his future projects Kaluuya says that he plans to ‘chill’ from movies for a movie while. He said that he likes to have nothing lined up, when he is expecting a movie to release, he added to his comment by saying that ‘it’s a new space and we are in a new time so we have to let that spread and sink in first.’ Daniel also owns a production house called ‘59 percent, the production house is set to debut their first film shit by the Oscar winner himself, called ‘Honk for Jesus. Save your soul’. Daniel said that this movie is shot in a mockumentary, and that was the style and aesthetic he was going for. Daniel, I’d always been very vocal about the representation of Black men and women on screen and he said that his production house stands for that!

Fans are sad as they will not be seeing Daniel on screen soon after the premiere of his new movie ‘Nope’, but at the same time are pretty excited to see him make his directing debut and figure out his directing style and aesthetic. We cannot wait and watch their debut directory movie of Daniel and see whether this debut of his too, shall have an Academy nomination in its name! The actor is known for his phenomenal actor in horror and thriller movies, which is what makes him different from the rest of the actors, and is what makes him a fan favorite easily.

What are your thoughts on Daniel Kaluuya’s break from acting for a while?