Kaiju No. 8-Expected release date, Plot and Everything Else here 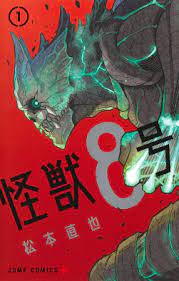 The anime version of Naoya Matsumoto’s manga Kaiju No. 8 has just been revealed. Kafka Hibino and Mina Ashiro strive to join the Japanese Defense Force to defend the city from monsters known as kaiju in the well-known Shonen Jump+ manga, which is published in English by VIZ Media.

While Mina achieves great success, Kafka continues to perform poorly in his job and is forced to scrub the dead bodies of kaiju. When a talking kaiju enters Kafka’s body and turns him into “Kaiju No. 8,” his life is suddenly turned upside down.

Although there are presently no specifics on the premiere date, TOHO Animation has released a teaser, which can be seen above. 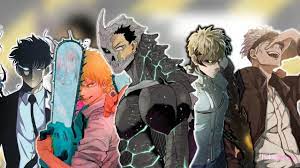 The largest manga series that has not yet been adapted for television is Kaiju No. 8. However, since the manga series revealed that an anime adaptation is coming, everything has changed. This information has long been desired by many anime fans because the plot of this series centers on a young guy who must use huge monster strength to battle giant creatures. There are numerous unanswered questions regarding the next show, and the release date is still a mystery.

Author Naoya Matsumoto’s mind gave birth to Kaiju No. 8, which introduced manga readers to a universe in which the Japan Defense Force works to save the populace of the world from attacks by enormous monsters.

You may presently find the series on Manga Plus or the Shonen Jump App if you haven’t read it yet and are curious to find out what all the hype is about. Although a release date for the anime adaptation has not yet been announced, it wouldn’t be surprising to see the profits of the existing manga series soar as anime fans anticipate its arrival.

The inaugural trailer for Kaiju No. 8, gives us a sneak peek at Kafka Hibino’s experiences as he tries to hide his enormous problem while fighting against the enormous animals attacking Earth.

What is the plot?

In Japan, monsters known as Kaiju regularly attack the populace with the Japanese Defense Force tasked with killing them. After their town was destroyed by kaiju when they were children, childhood friends Kafka Hibino and Mina Ashiro both vowed to become members of the Defense Force. Mina has become famous as the commander of the Defense Force’s Third Unit, but Kafka has failed the examination numerous times and is a member of the clean-up crew, Monster Sweeper Inc., whose job is to dispose of the monsters’ dead bodies after the battle. After a small talking monster flies into his body via his mouth, Kafka gains the ability to turn into a monster himself, which gets dubbed “Kaiju No. 8” by the Defense Force. Kafka remains fully cognizant while in the form, but gains superhuman strength, and becomes the first monster to escape the Defense Force. 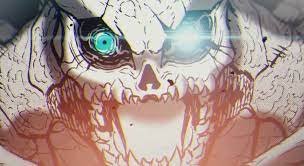 Viz Media released the official description of the series as mentioned below:

“In a non-literal sense, Kafka wishes to clean up the Kaiju! Will his dream be derailed by an unexpected transformation?

Japan has one of the highest kaiju emergence rates in the world, therefore deadly monster attacks are nothing new there. Here comes the Japan Defense Force, a military force entrusted with kaiju eradication. Kaiju corpse cleanup specialist Kafka Hibino had always wished to join the police. But when he is given another chance to realize his childhood ambition, he experiences an unforeseen change. Now that he is a Kaiju, how can he combat them?”

Are you anticipating the upcoming massive anime series? What do you think about Kaiju No. 8’s debut appearance?