Elizabeth Hurley, and her sexy dress. Everything about her here 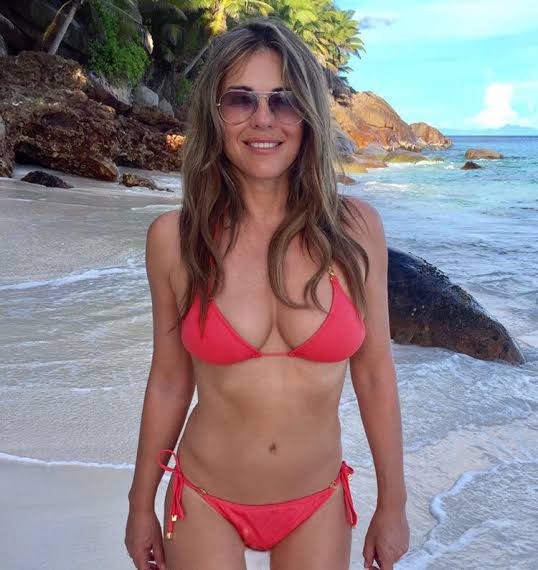 Elizabeth Hurley, born on 10th June 1965, is an English actress and model. As an actress she is well known for her roles in Bedazzled (2000), she starred in various series, The Royals (2015-18), and Runaways based on a Marvel comic of the same name. She is also lauded as a 2000 icon for her dress that she wore to the premiere of ‘Four weddings and a funeral with Hugh Grant, which was a plunging Versace dress held together with gold safety pins, this dress has been replicated by many but pulled off by none. Hurley is also the founder of a swimwear company that cares for plus-size women as well. Hurley’s ex-fiancée cricketer Shane Warnes’ passing took her by shock in 2022, to which she described it as the ‘Sun behind the clouds disappearing. Hurley has one son, Damien whose godfather is Hugh Grant, and his father is businessman Steve Bing.

With the age of social media being so prominent, many stars have taken to posting pictures and videos of themselves on their social media accounts regularly, one of them being Elizabeth Hurley! On Wednesday she posted a video of herself dancing to ‘Mondo Bongo’ in a sultry peacock-patterned full-length dress. This dress showed off her amazing physique even at her age! Her fans showered her with utmost praise and love for the video and pictures that followed after. Fans are also very glad to see her in bright spirits, as the passing of the Queen of England seemed to have hit her particularly harder than expected when she posted a picture of tribute for the Queen. Many fans have theorized that the reason as to why the Queen’s passing hit her hard was because she played a Queen in ‘The Royals’ from 2015-2018, where her character was seen getting into very scandalous situations that visualized the real Queen getting in was difficult for many! Hurley has been very busy with acting, as she has a new Christmas movie coming this year called ‘Christmas in the Caribbean’ that follows Hurley as a bride-to-be, that gets left at the alter! She even has a new thriller horror movie coming up called ‘The Piper’ which is based on the German myth of the Piped Piper, this movie has a lot of horror fans and Hurley fans waiting as this is the first time audience will be seeing her in such a different light and role! Elizabeth Hurley’s Instagram is one to look out for as she is constantly posting pictures of her swimwear line, of her dancing on beaches and bikinis with her friends, all while looking like she is having the time of her life!

We wish them all the very best in their future endeavors!