Kelly Clarkson Fills In For Simon Cowell On ‘America’s Got Talent’ And The Fans Are Just Loving Her!Click here to know more. 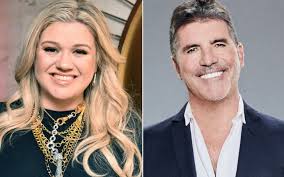 Keep on reading further to know more about it. But, before that have a look at the video from E! News to know what they have to say about it-

The reason why Kelly Clarkson has replaced Simon Cowell?

Simon Cowell is currently on leave as he is currently recovering from a serious back injury. He also had to go through surgery for the same. That is the reason why Kelly Clarkson has been filling his space.

Kelly Clarkson is a singer and a Voice  Coach. She is the best replacement for a judge like Simon Cowell.

She also revealed how she was preparing for becoming a judge at a grand stage like that of America’s Got Talent. 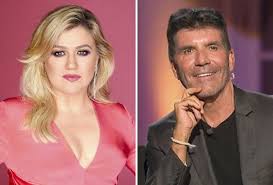 So what’re the sweet talks between Kelly Clarkson and Simon Cowell?

In one of her tweets before the show, she mentioned that she is all set to take over for Simon Cowell. She also mentioned that she really needs to work on her British accent. The tweet also revealed how excited she was for watching all of the acts on the show.

In the video tweet, she told me that lately, she has been working on her lines. She justifies her preparedness by the fact that she has got a reputation to uphold. She has been filling the space of Simon Cowell, so she has to be up to the mark.

Then she even used some classic Simon Cowell comments, for which he is known, is a common  British accent. ” I don’t like it….. I love it ” and  ” What the bloody hell was that? ”

In the end, though she has to switch over to her own style. 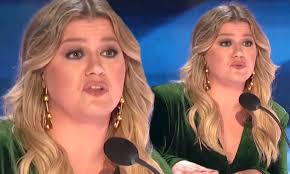 Cowell then gave a tweet response to Kelly Clarkson’s video tweet. ” Thank You @kellyclarkson. Miss all of you. What a great Show. ”

It was really a full-circle moment for Kelly Clarkson. She rose to fame after she was auditioned for ” American Idol ” in front of Cowell long back in 2002.