The Kissing Booth 2 star Joey King REVEALS she wouldn’t date another actor after her breakup with Jacob Elordi..Click here to know the real;ity behind all this. 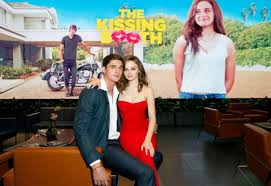 Joey King is recently emerging as one of the most talented actresses. Fans have loved her in every role that she played. But her role in the Netflix movie The Kissing Booth is one of her most cherished and The Kissing Booth’s actress Joey King was linked to her co-star Taylor Zakhar Perez. Though her claims are something very opposite to the rumours. So what’s the reality in this? Let’s check out the real story behind all this. Keep on reading to find out more but before that;

What is brewing between Joey and Taylor?

As the Netflix original series, The Kissing Booth 2 has dropped, all the fans have been hooked up on the on-screen relationships. All were talking about this triangle between Elle Evans, Marco, and Noah Flynn. 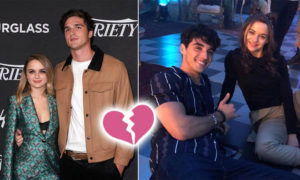 However, it comes out that their off-screen relationships are even more intense. Not many know but Joey and Jacob dated before Netflix sequel dropped out.

Not only that – but Joey and Taylor have had some serious dating rumours floating around in recent weeks, but now the 21-year-old actress has set the record straight about her plans for future relationships.

So what did she reply to the rumours all around?

Recently in the Howard Stern show, in America, she made a remark that it is pretty hard to date one of your co-stars. Adding to that she also said and made herself very clear that she won’t be repeating that again. Ver Vince that statement, fans have been trying to find possible connections between Joey and various of her former and recent co-stars.
She also revealed that she had no regrets about having dated Euphoria Star Jacob. This happened when she said that it was a good thing that they dated in the very first place. Added that she learned the most in her life, with him only. 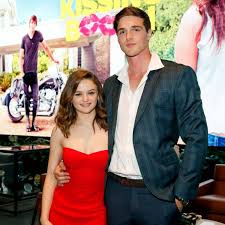 Supporting her views she mentioned that it’s completely awesome to date someone of the same profession. But the same exact thing as somebody is tough. Joey told that it sometimes gets competitive between the two.
Stay connected with The Market Activity for the latest News, Updates, and Insights.
Share
Facebook
Twitter
Pinterest
WhatsApp
Previous article‘Tiger King’ zoo closes permanently, effective immediately. Click to know why the Exotic Cat Zoo is
Next articleDestiny 2 Shadowkeep: New Armour mods 2.0 released. Click here to know more!