Couple Allegedly Admits to Storing Dead Body of Woman in a Freezer After Raping and Killing Her. 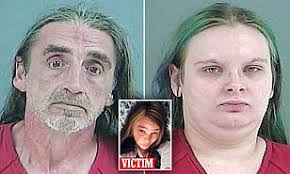 Humanity is facing an existential crisis. Nowadays, even humans don’t understand the value of another human’s life. Crime against women in every corner of the world is becoming more heinous and brutal day by day. A couple that first offered the woman a place to stay. This couple then allegedly kidnapped her, tortured her. Then they sexually assaulted her and the woman was finally murdered by them.

Were they truly so insane?

Rebecca Elizabeth Dishman and Sean Finnegan are charged with the murder of Jennifer Gail Paxton.

Police found out that the accused couple had offered Paxton a place to live in. This was in the winters of December 2019.

However, once she was there authorities say that the couple that comprises Dishman and Finnegan had held Paxton against her will.

Then the couple started torturing her and sexually assaulting her, and all this continued so far.

What were the charges on them? 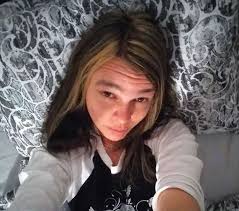 Dish man, who is 22 right now and Finnegan who is 52 currently, has been charged with the first-degree murder, aggravated kidnapping, abuse of a corpse. They also have the charges for tampering with the evidence.

Apart from this Sean Finnegan has also been charged for aggravated rape and abuse of the corpse.
While Rebecca Elizabeth Dishman also faces charges for aggravated sexual torture and tampering with the evidence.

What did the couple do to Paxton? 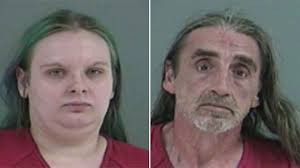 The couple had held Paxton in an oak ridge home right from December 2019.

According to the recent updates, as filed by the Oakridge police and reviewed by the local press. Paxton was allegedly chained to a bed in the house and was even shackled with a dog collar.

Paxton’s arms were bound with the zip ties In order to resist Paxton from running away, Finnegan and Dish man used to beat her with baseball bats.

And even after so much of physical torture, Paxton was denied any medical care and food.

Before ending her life completely the couple also raped her.

Both Finnegan and Dishman admitted to having cut off Paxton’s body parts, break her ligaments and bones to make her fit into the freezer.

In an attempt to hide all the evidence and tamper with the conditions Dishman allegedly used bleach and a Swiffer in the living room, bedroom, and bathroom to clean up the mess and all the blood around.

At last, the couple had to accept their crime.

Share
Facebook
Twitter
Pinterest
WhatsApp
Previous article
Mike Pence claims Kamala Harris and Joe Biden want to stop Americans eating meat : click to know more!
Next article
Rascal Flatts’ Jay DeMarcus and Wife Allison ‘Put Everything Out There’ on a New Reality Show. Click to know to find out what is brewing in their family.