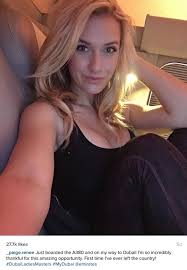 The social media butterfly and star Paige Spiranac is appearing once again in news and trend. She was later seen with a tennis racket in her club in one of her Instagram posts.

Paige Spiranac lately shared an Instagram story video. She shared this clip to her 2.8 million followers on her Instagram Story. In the clip, she was seen wearing a skintight athleisure set as she was hitting the tennis ball with her racket.

As a top, she was wearing a long-sleeved black pullover that was unzipped at the bust. The pro athlete then coupled this top with a pair of skintight yoga shorts. The spandex material hugged her curves and her short hemline showed off her long and lean legs.

Spiranac completed the look by giving a final touch to it with a pair of white sneakers and socks. She then styled her blond locks into a practical high bun.

In the video she posted, Spiranac stood on the baseline, and then she began with a classic forehand, finishing her swing by picking up her leg as she attempted to do a complete inside out forehand at the service line.

She was seen giggling and smiling around at herself when the ball flew high into the air and then landing behind her.

Superimposed over the clip was a text message that the Instagram star had for her followers. The message said, ” Picked up tennis, ” and wrote that ” Wrong in progress. ” and ended this message with a smiling crying face emoji.

What else she posted?

This was not the only post she did. Recently after that post, she also uploaded a post. In this post she wore a sleeveless athleisure top with a low scooped neckline that also flaunted her decolletage. The white hue of the garment that she wore, also highlighted her sun-kissed skin. This was no doubt earned from her days in Arizona sun.

Paige Spiranac completed her outfit with a pair of grey biker shorts. These were very much similar to the ones that she had worn in her previous story. Those shorts were made from a skintight material that showed off her curves to their best advantage. 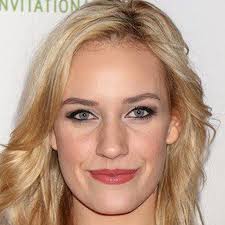 This time the caption said, ” I don’t care if you hate the biker shorts. I like them. ”

She has been posting many posts and stories recently that have wowed her followers with a sizzling new update.