The Wall Street Journal recently posted that Facebook founder Mark Zuckerberg recently addressed President Trump. He was there to make him aware of the possible threats that are on the way.

What had Mark Zuckerberg to warn about?

Before President Donald Trump threatened an end to ban TikTok. Facebook founder Mark Zuckerberg was lobbying him and US senators to address the alleged threat posed by his Chinese competition.

Ten days before Trump issued his executive order, Instagram, which is owned by Facebook, unveiled its own version of TikTok: Reels, which allows users to post 15-second “multi-clip videos with audio, effects, and new creative tools,”

Zuckerberg spoke out against that executive order at a company meeting, the Journal reported. But his company also stands to gain from any setback faced by TikTok, which has amassed 100 million users in the US.

What actually had at the meeting?

At a private dinner in October 2019, Zuckerberg “made the case to President Trump that the rise of Chinese internet companies threatens American business. This should be a bigger concern than reining in Facebook,” the Journal reported, citing people familiar with the matter.

The head of Facebook also “discussed TikTok specifically” in talks with a number of US senators.

A Facebook spokesperson told the Journal that Zuckerberg could not recall discussing TikTok with Trump, who earlier this month issued an executive order demanding that TikTok’s owner, ByteDance, sell off its US assets, citing concerns over the handling of user data.

He is said to have argued that clamping down on these firms should be more of a priority than reining in Facebook. 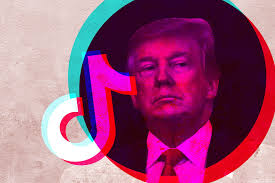 Around the time of the dinner, Zuckerberg warned U.S. officials and lawmakers. He said Chinese tech firms pose a risk to American values and the nation’s technological dominance. The tech mogul is also said to have pointed out that TikTok, which is owned by Beijing-headquartered ByteDance, doesn’t share Facebook’s commitment to freedom of expression.

U.S. lawmakers Tom Cotton and Chuck Schumer — who met Zuckerberg in September — called for an inquiry into TikTok in October. A national security review was launched soon after this. Soon Trump signed an executive order to ban the app this month citing national security concerns. TikTok confirmed over the weekend that it has launched a legal appeal against the ban.

“Top Gun: Maverick”: When is this sequel to the 1980s movie, starring Tom Cruise going to release? Click to know the Release date, Cast, and more!