30 year old Son beats his own Father to a pulp, while robbing him for everything!!! Click to know more about the atrocity done against an old father. 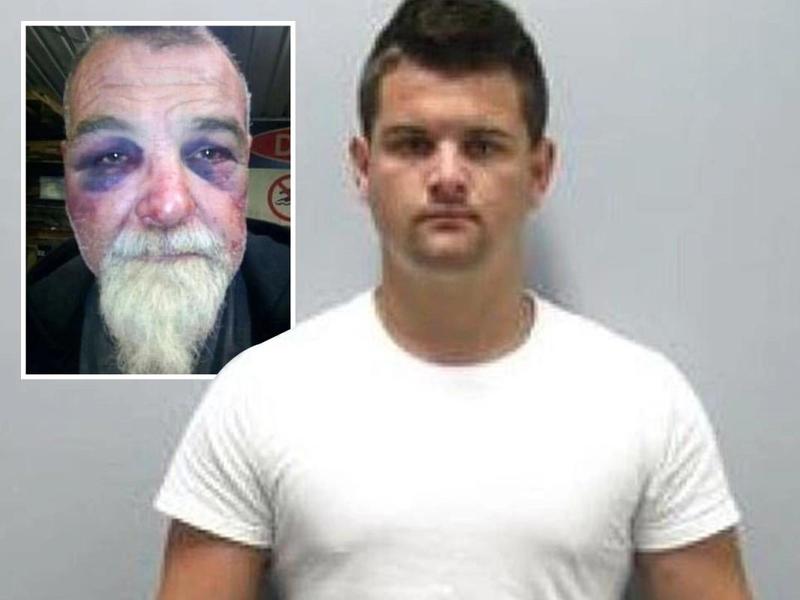 Jamie John Hewitt’s son beat his own father during a burglary attempt on the 4th of August 2020, Tuesday. Jamie who is 56 years old said that he was tied up with a cable. He was attacked by his own son and two other boys who were with his son during a two hours burglary. The incident took place in Mr. Hewitt’s house in Queensland, Australia, on the 4th of August night. The incident left horrific facial marks on Hewitt’s face and was brutally beaten by his own son during the two-hour burglary. He is absolutely devasted by this incident. It has come like a  shock to him that his son attempted burglary and attacked him with his pals.

Although this incident is getting highlighted a lot. But, this is not the only heinous activity taking place against parents and guardians. The crimes and brutality against parents have increased manifold in the past decade.

Keep on reading further to find out more about it. But, before that have a look at this video to get an idea of the whole incident.

The alleged incident took place in Mr. Hewitt’s home in Queensland, Australia. Police say the assault lasted for two hours before the trio ransacked Mr. Hewitt’s home and fled in his car. The 56-year-old now needs facial reconstruction surgery on both cheeks following the alleged attack. Mr. Hewitt told police that the men made off with “everything they could” including his utility truck which had been fitted with expensive custom wheels.

He continued: “I was at home about 11 o’clock and these three lads turned up and started talking to me… I’m pretty devastated about it.”They came in and they cable-tied me, bashed me, and ransacked the house.

“They stole my ute and wheels, and anything they could load into the back of it.”Mr. Hewitt’s truck was found by police a short time later but the custom wheels, estimated to be worth £329 each, haven’t been recovered.

Zachariah who is 30 years old, was appeared in the Gladstone Magistrates Court earlier and was pressed with charges for bodily harm, armed robbery, unlawful use of a motor vehicle. The two men with him were also charged with the same charges. While Hewitt may recover physically but his son’s action has broken him apart. He is devasted by the steps his son took against him.

Stay connected with The Market Activity for all the least News, Updates, and Insights!!!
Share
Facebook
Twitter
Pinterest
WhatsApp
Previous article
The fans are waiting for “Ghost of Tsushima’s” next sequel with many more features! Click to know Release date, Cast and more!
Next article
Best MODS for “The Elder Scrolls 3: Morrowind” for you to enjoy the game to the fullest! Read to know Release date, Cast, Gameplay and more!