Tom Cruise has continued the shoot of his up and coming film 'Mission: Impossible 7' in Norway. Prior this week, director Christopher McQuarrie has shared an image of the set via social media. Recently he had shared a clasp of a man playing out a high-octane action sequence in the set. The clasp got circulated around the internet.

The video gives us a brief look at a man riding his bike off a high bluff with a helicopter tailing him. Indeed, that is not the finish of the scene as the man is then observed opening up a parachute in the sky.

While fans are eager to see their preferred star return on the cinema and venture into the shoes of his famous character of Ethan Hunt, Cruise is good to go to release 'Top Gun: Maverick' also.

A couple of days prior, Cruise even ventured out to watch Christopher Nolan's 'Tenet' in a theater. The 58-year-old entertainer even took to social media to share his experience of stepping in the theater after quite a while.

In the interim, 'Mission: Impossible 7' additionally stars Rebecca Ferguson, Ving Rhames, Simon Peg, and others in significant roles. The McQuarrie executive is presently planned to release on nineteenth November one year from now. 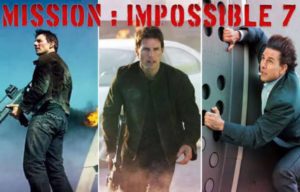 It is a forthcoming American action spy movie composed and directed by Christopher McQuarrie and featuring Tom Cruise, who repeats his part as Ethan Hunt. It is the seventh portion of the Mission Impossible movie series and the third movie in the series to be directed by McQuarrie, following Rogue Nation and Fallout.

The cast of Mission: Impossible 7 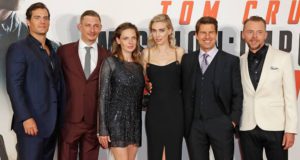 Tom Cruise as Ethan Hunt, an IMF agent, and leader of a team of operatives.

Ving Rhames as Luther Stickell, an IMF agent, a member of Hunt's team, and his closest friend.

Simon Pegg as Benji Dunn, an IMF technical field agent and a member of Hunt's team.

Rebecca Ferguson as Ilsa Faust, a former MI6 agent who allied with Hunt's team during Rogue Nation and Fallout.

Vanessa Kirby as Alanna Mitsopolis, a black market arms dealer also known as the White Widow. Daughter of "Max" from the first film.

Esai Morales as the film's villain. Also, Hayley Atwell, Pom Klementieff, and Shea Whigham have been cast in undisclosed roles.