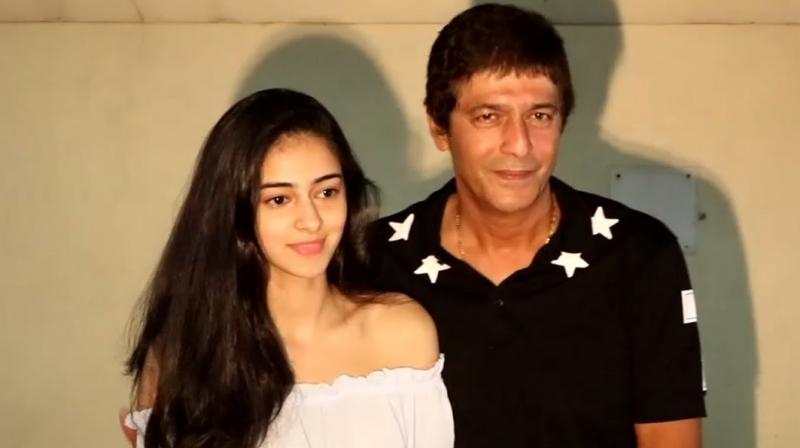 Ananya Panday debuted the Bollywood industry in 2019, from then on, she keeps enraging fans from her actions. From time to time, she faced allegations of promoting Nepotism and being part of controversial topics. Previously she has appeared with Ishaan Khattar, in the controversial song “Beyonce sharma jayegi” for featuring racial remarks. The song is a part of their Upcoming movie “Khaali Peeli” directed by Maqbool Khan, scheduled to arrive next month. The lyrics of the song were given by Vishal Shekhar for which they got brutally slammed by users.

After getting badly routed by fans over social media, her father former actor Chunky Panday, came to her rescue. In an interview with News 18, he justified her actions along with displaying sympathy to the trollers. He said, “If someone does say something, we have just to take it in our stride. What else can we do? There’s no other solution to this. Being an actor, celebrity, or a film star, it has some plus points and some minus points.”

Commenting on the mental condition of people during the pandemic, he said “Right now, people have gone a little too sensitive because of the whole situation (coronavirus pandemic) we are in right now. It has made people anxious and insecure.”

He too associated himself with the same and said “It has done that to me. I’m 57, and I wouldn’t say that I’ve been through the greatest of career but a career of 33 years and if I can have these emotions then I can imagine what younger people must be going through. These are not ordinary times. So, one has to have a little empathy.”

he further stated “Everyone is entitled to an opinion. I don’t give it too much energy myself because I feel in times like these you need to engage in things that keep you happy.”

While talking with Bombay times on another occasion, he recalled his advice given to Ananya, regarding acceptance. He elaborated on the same,

“The most important thing for any actor is to be accepted by the audience. I’ve always told this to Ananya because there’s just that much advice I can dole out. She’ll have to figure her way through this on her own, making her own choices and her own mistakes.

He also stressed that movie success is not decided by one, but all and he thinks Ananya has the acceptance of the public.

I’ve always told her that no one can ever predict the box-office success of a film because a billion people decide that. I stopped worrying when I saw Student of The Year 2 at a private screening. Bhavana and I were sure she would find acceptance. There’s no harm in being excited and optimistic, but one should never get carried away.” He explained 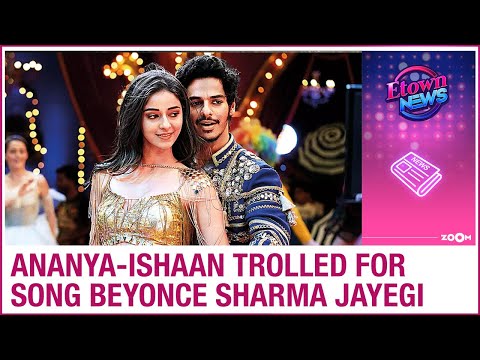 When questioned about the ongoing Nepotism debate, he compared it with previous time and justified it indirectly, saying, “This has always happened. This is nothing new. Rivalries have been happening since forever. Things have been said about each other. If you pick up a 50-year-old magazine, you will find the same dialogues there. All these debates have happened before also in many ways. Right now, it’s more because people have nothing else to watch because of such extraordinary times. People are just glued to their television sets. There’s no end to this.”

Indeed, the father always intends to protect his son and daughter and the veteran actor did the same. However, it is the ultimate reality that Bollywood is suffering nepotism. It must be ended so that a fair chance should be given to those, who deserve it, rather than featuring star kids in the movies without undergoing any struggle.