On Sept. 17, Chrissy Teigen took to Instagram Stories in what many followers assumed was going to be a casual check-in. . But when some fans listened closely, they couldn't help but notice a big reveal.

Ladies and gentlemen, Chrissy just revealed the sex of her third child with John Legend. "I wanted to update you," the 34-year-old shared.

"My placenta sucks. It's always been kind of the bad part of my pregnancies with Luna. With Miles, it just stopped feeding him, it stopped taking care of him.  I was stealing all his food because I was getting huge but he wasn't getting big at all. He had to come out early and Luna had to come out early. I was induced both times. Anyways, it's super weak. The baby is really, really healthy and he is big!"Wait, did she just say 'he?' Yes, it's going to be a boy!

"I am stupid," Chrissy continued after covering her mouth and confirming she accidentally let the sex of her third child slip. After her reveal, one of Teigen's fans screen-grabbed the moment and tweeted it. "The perfect gender reveal," the fan wrote. Teigen retweeted her post, jokingly adding, "No fires and no one shot in the d**k."

Teigen and Legend already have a 4-year-old daughter and 2-year-old son. They revealed they were expecting another child with legends wild music video in August when she was seen holding her baby bump at the end.

She previously went through IVF for her two children but explained that this third pregnancy happened naturally and unexpectedly.
The former Sports Illustrated model confirmed she is pregnant with her third child last month. Showing off her baby bump for the first time in one of John Legend's music videos and then in an Instagram video.

How Did The Two Meet 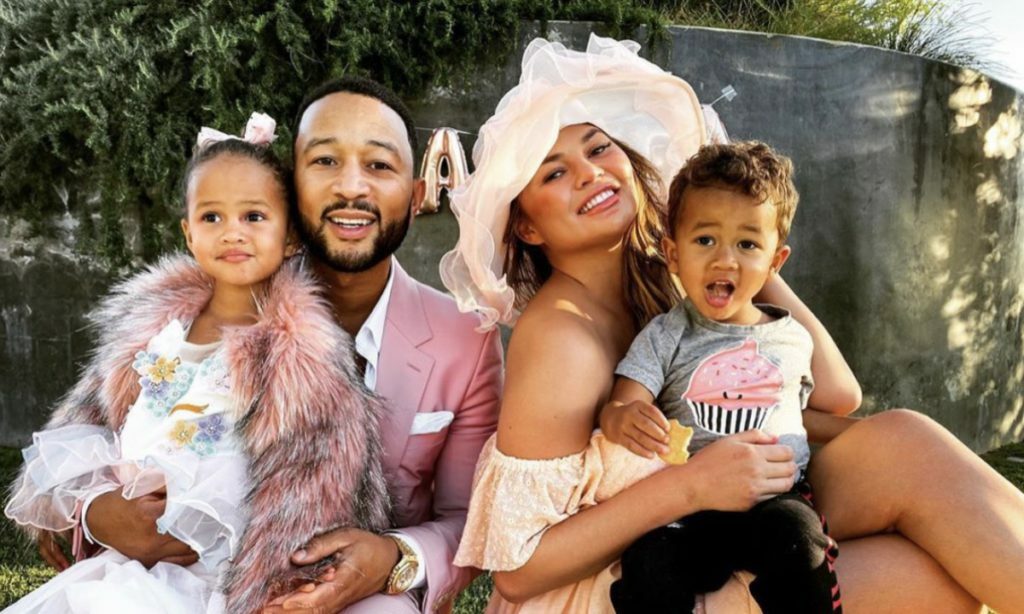 Chrissy Teigen and John Legend first met on the set of Legend’s 2007 music video for “Stereo.” Teigen starred as Legend’s love interest in the video and later revealed that when the shoot was over, they went back to Legend’s hotel room, ate In-N-Out burgers, and hooked up.
“We did the music video, we were together for like 12 hours,” she told Wendy Williams in 2014.
“We spent the entire day together, me in my underwear and him in a full suit, and I went to go say goodbye to him, to his hotel and we didn’t even say goodbye that night.”
However, the pair didn’t officially get together until some months later, with Legend heading out on tour shortly after their first encounter.
Chrissy and John’s wedding took place on September 14, 2013, in Lake Como. But they legally tied the knot at an NYC courthouse a day before traveling to Italy.