Basketball legend Kobe Bryant who tragically passed away in January 2020 alongside side his 13-year-old daughter Giana Bryant and seven others were honored at the Basketball Hall of Fame Ceremony.

For his honor, the service recollected his life and heritage with a moving video about his amazing basketball profession. Michael Jordan strolled Vanessa Bryant up the stage, who acknowledged the honor for her late spouse.

Vanessa blows a kiss to her children and says, “I’m okay. Love You”.  “Last February, I called Michael and asked him if he would introduce Kobe tonight and he graciously accepted. Thank you for being here, Michael.”

She proceeded to celebrate Kobe by saying, “Kobe admired you. This means so much to us. I used to always avoid praising my husband in public because I felt like he got enough praise from his fans. Along the road, someone had to bring him back to reality.” 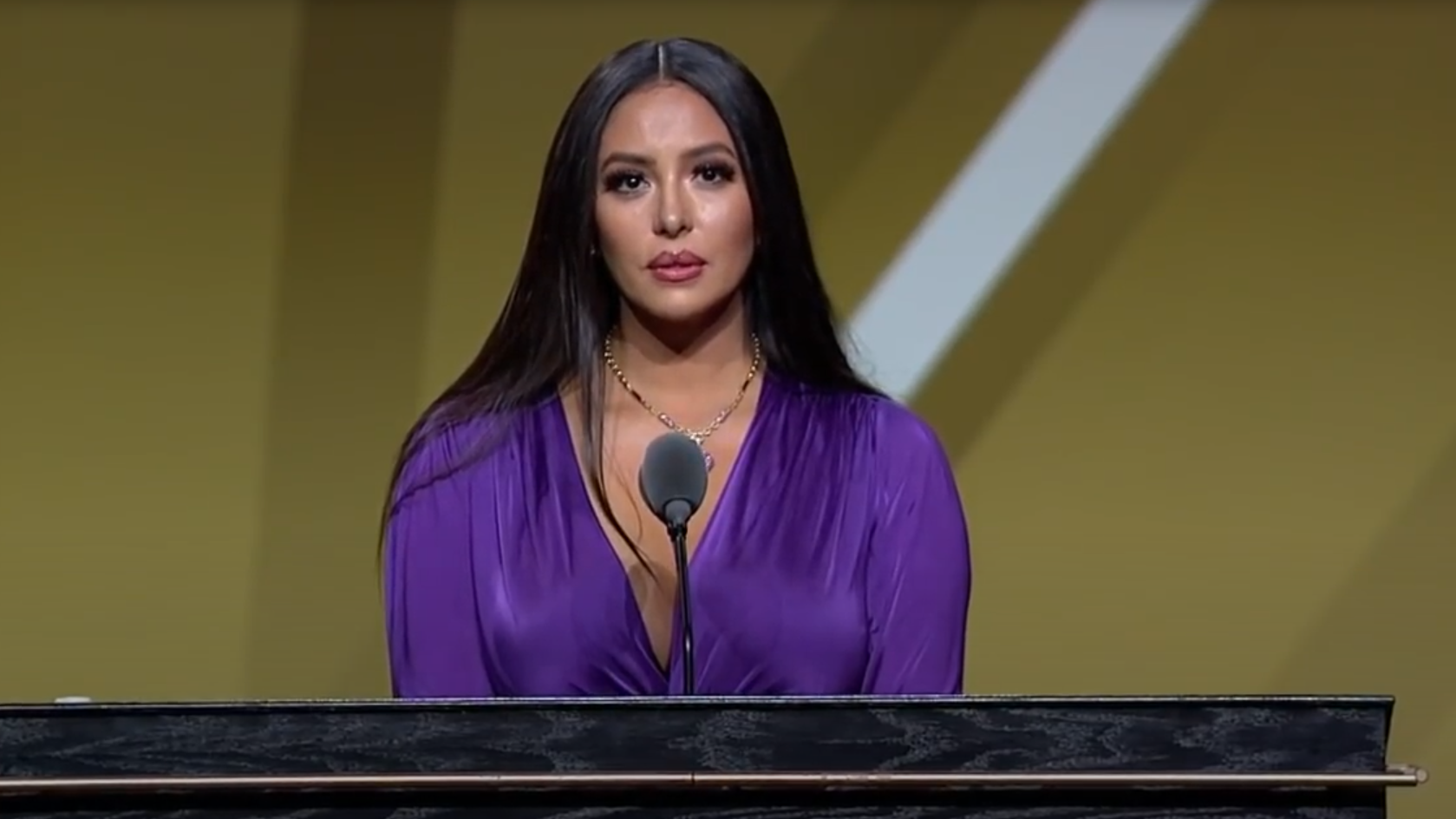 “Right now, I am sure he is laughing in heaven because I’m about to praise him in public for his accomplishments on one of the most public stages,” she continued. “I can see him now, arms folded, with a huge grin saying, ‘Isn’t this some s–t?!'”

“I wish my husband was here to accept this incredible award,” she shared. “He and Gigi deserve to go here to witness this. Gigi would be so proud to watch her daddy get enshrined into the Basketball Hall of Fame. I know he was looking forward to being here.”

She continued, “He asked the Hall of Fame to specifically add a sixth ticket for a Capri. He was so happy. He didn’t really talk about upcoming awards, but he did mention this one a week before he and Gigi passed. My husband and I were sitting at our kitchen island and he and I had a conversation about my mother- and father-in-law attending tonight’s enshrinement. I invited my mother- and father-in-law to tonight’s enshrinement to thank them for bringing one of the most amazing human beings into this world.”

“Pam and Joe, thank you for raising Kobe to be exceptional. Thank you to all of Kobe’s family, Sharia, you have gone above and beyond. I love you,” she gushed. “There will never be anyone like Kobe. Kobe was one-of-a-kind. He was special. He was humble. Off the court. But bigger than life.”

She added, “To all of our close friends and family that have been present for my girls and me, thank you. That list is long and it takes a village, but know that your kindness and love do not go unappreciated. I know that Kobe is thankful that you are all coming through for his girls. We love you all and are forever grateful for you.”

Vanessa additionally said thanks to the individuals who upheld Kobe all through his profession, including his family, friends, mentors, and Lakers teammates. She praised his commitment to the game, sharing,  “Kobe’s personal stats speak for themselves. Kobe was on a different level. He never took shortcuts when it came to basketball. He gave this game his all. Kobe played through injury after injury.”

Vanessa also praised Kobe for being a great father and a great husband. 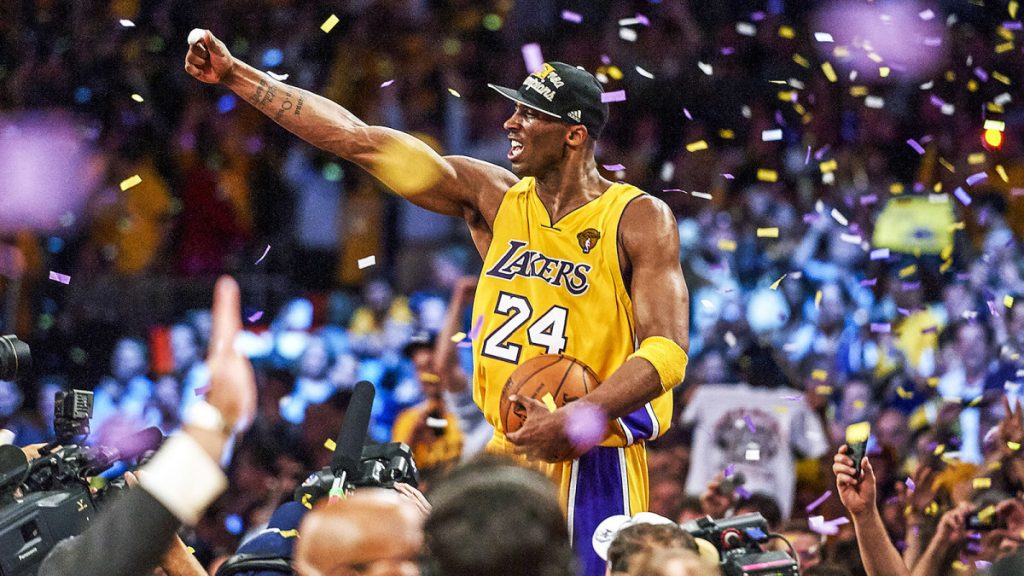 “His most cherished accomplishment was being the very best girl dad,” she expressed. “I want to thank him for somehow finding ways to dedicate time to not only being an incredible athlete, a visionary, entrepreneur, and storyteller but for also being an amazing family man.”

“To our girls, Natalia and Gianna, thank you for sacrificing so much time away from daddy so that he could focus on being the best at everything he set his mind,” she added. “He loves you girls so very much. Congratulations, baby. All of your hard work and sacrifices paid off. You once told me, ‘If you are going to bet on someone, bet on yourself.’ I’m glad you bet on yourself, your overachiever. You did it. You’re in the hall of fame now.”

In the end, she said, “You’re a true champ. You’re not just an MVP. You’re an all-time great. I’m so proud of you. I love you forever and always. Kobe Bryant.”

Besides, Kobe’s life was praised during the In Memoriam part of the function, in which footage appeared onscreen of the 41-year-old star. Ne-Yo performed “Incredible” during the section.

On Friday, May 14, Vanessa and Natalia regarded Kobe at the Tip-Off Celebration and Awards Gala, a starter occasion for the enlistment function. They were given the basketball symbol’s posthumous red 2020 Hall of Fame coat and ring, which Vanessa put on Natalia as the group recited her father’s name.