A small hot-air balloon crashes in Albuquerque, New Mexico Saturday morning. Witnesses say the basket was torn from its tethers after hitting a power line and crashed to the ground while onlookers cowered on their porches as they watched it happen.

Four people were killed when this happened--"four confirmed fatalities." One victim is still alive but hospitalized with non-life-threatening injuries according to authorities who responded swiftly upon being alerted by witnesses at 7 A.M

"Unfortunately, 4 individuals died as a result of their wounds from the hot air balloon crash," the Albuquerque Police Department tweeted. "One additional individual was transported to a local hospital and is currently in a critical and unstable condition."

The victims range in age from 40 to 60, and the pilot is among the dead. This information was confirmed by APD spokesman Gilbert Gallegos who spoke with The Journal. 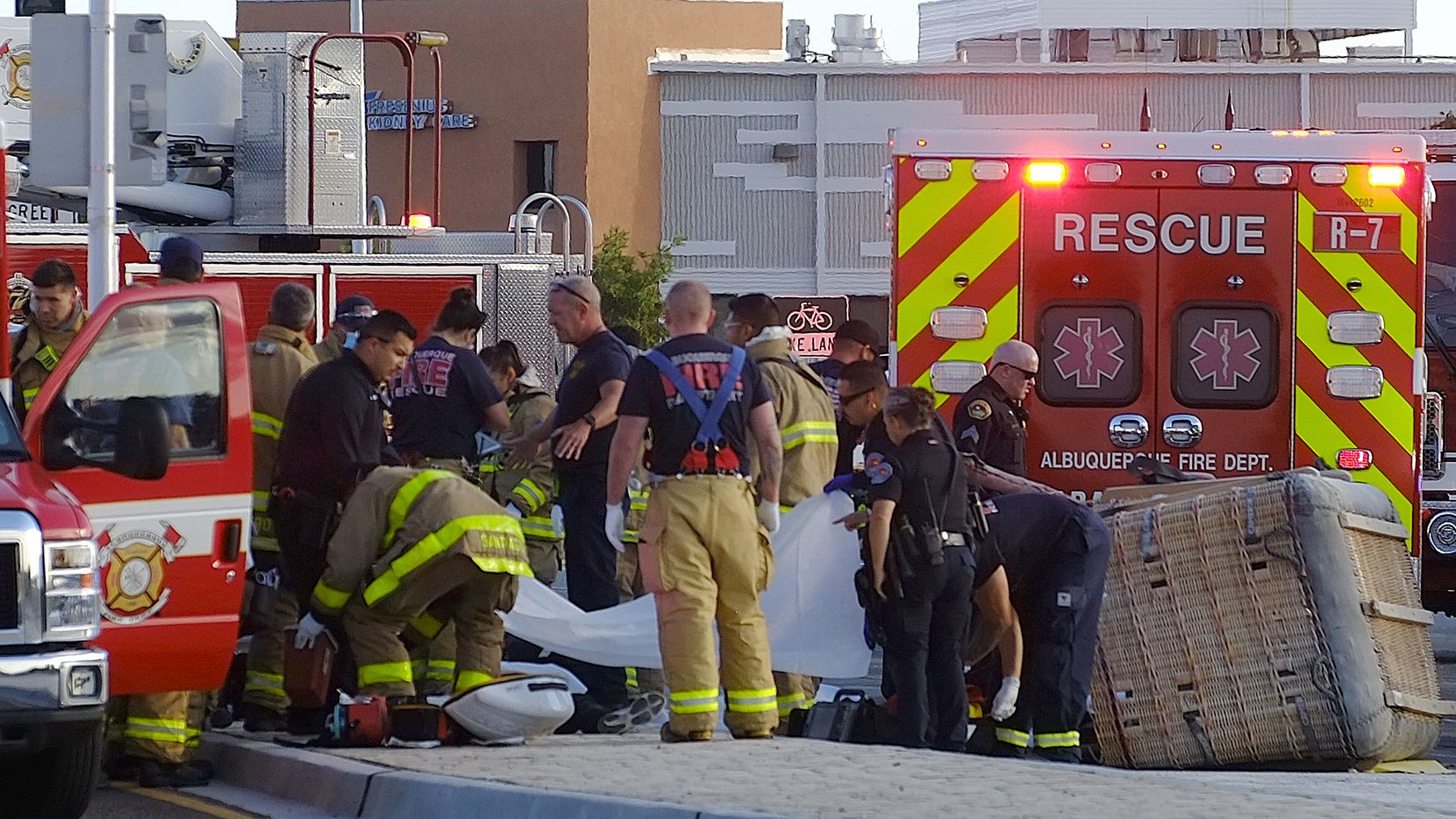 "It's important to understand the history of what you're singing," he said, his voice cutting through a cloud of cigarette smoke.
He took another drag and continued: "

"We know from experience here in Albuquerque that sometimes winds kick up or things happen that make it difficult for balloons to navigate," Gallegos said. "We're not sure the cause of this at this point. Obviously, the FAA will look into this and determine what the cause was."

The Public Service Company of New Mexico reported thousands of outages due to the crash.