Has Charming Sam Heughan Tied The Knot in 2021?: Revealing his Past Relationships, Dating History and Everything. 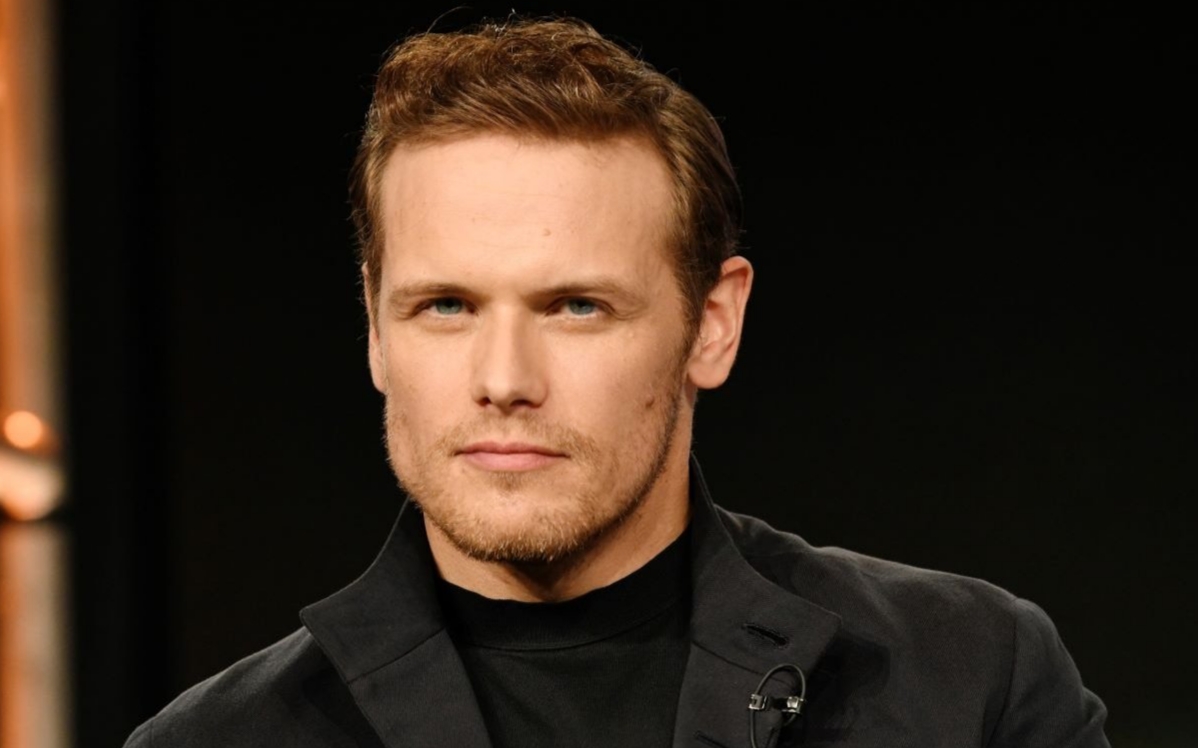 Born on 30 April 1980 in Balmaclellan, Scotland, Sam Heughan gained recognition and fame for his outstanding role in the historical drama series Outlander. He starred in the lead role as Highland warrior Jamie Fraser alongside Caitriona Balfe who played his wife, Claire Fraser.

The other series that he acted in includes a Princess for Christmas as well as Very British Sex Scandal.

Sam Heughan also featured in other movies such as the 2018 spy comedy film, The Spy Who Dumped Me along with the 2020 superhero action film, Bloodshot.

Ever since Sam Heughan made his appearance in the fantasy series Outlander in 2014, viewers digging the Scottish actor in his equally sexy role as Highlander Jamie Fraser.

And though Fraser isn’t shy enough to show his love and adoration -literally and figuratively- for his onscreen love interest Claire (who is played by Caitriona Balfe, Heughan is very much tight-lipped about his relationships in real life.

But who could guess, that the 41-year-old with his obvious undeniable good looks hasn’t tied the knot yet which is certainly a huge contrast to his character in Outlander who is happily married to his on-screen partner, Claire?

Additionally, when interviewed about his thoughts of having a relationship like Jaime and Claire in real life, he replied by saying that he is hopeful that he would have this kind of love.

Also when asked about whether does that sort of love exists in real life as well, he sincerely told that he believes that this kind of life does exist and everyone yearns for it as well.

Sadly, though Sam Heughan is still searching for ‘the one’, he admitted that his dedication and devotion toward his career have somewhat caused a barrier for him.

Last year in an interview, Heughan also revealed that most of his schedule remains booked almost every time, and being so busy, he doesn’t find time to hang out or even to see anyone.

He also mentioned that relationships require a huge amount of effort and commitment, which he doesn’t have to offer yet as he spends the majority of his time working in Scotland, and if he possibly has any time remaining on his hands he tries to look for other projects. So eventually, he stated that presently his career remains to be his topmost priority. But don’t lose hope as Heughan also said that perhaps he will find his true love somewhere when the perfect time comes.

Being quite a private individual himself, Sam Heughan also shared that he prefers to keep his love life low-key and selects the topics that he wants to share with the world and with his fans.

Sam Heughan has also previously proved to be successful in sharing only vague information on his former relationships and girlfriends.

Sam Heughan: Past Relationships and History

Sam Heughan and MacKenzie Mauzy: Sam Heughan made his first public appearance with North Carolina native actress, MacKenzie Mauzy back in 2017 at the Oscars party. The Into the Woods actress was also seen accompanying Heughan in many events which followed that year such as the New York Fashion Week, the Hungarian Grand Prix as well as at Heughan’s birthday celebration party.

Though no details were shared on when the duo actually started seeing each other. However, some say that the couple had known each other since 2015 when Heughan could have peeked in the birthday celebration pictures posted by Mauzy on her official Instagram account.

As Heughan has never been outspoken about his dating life previously, he publicly only frequently answered questions regarding the blonde beauty.

According to his interview with Harper Bazaar, Sam revealed that he first met Mauzy at an industry event along with mentioning that his followers on social media haven’t always been kind to her. However the pair weren’t seen together since the spring of 2018, so it was assumed that they have quietly called it quits. 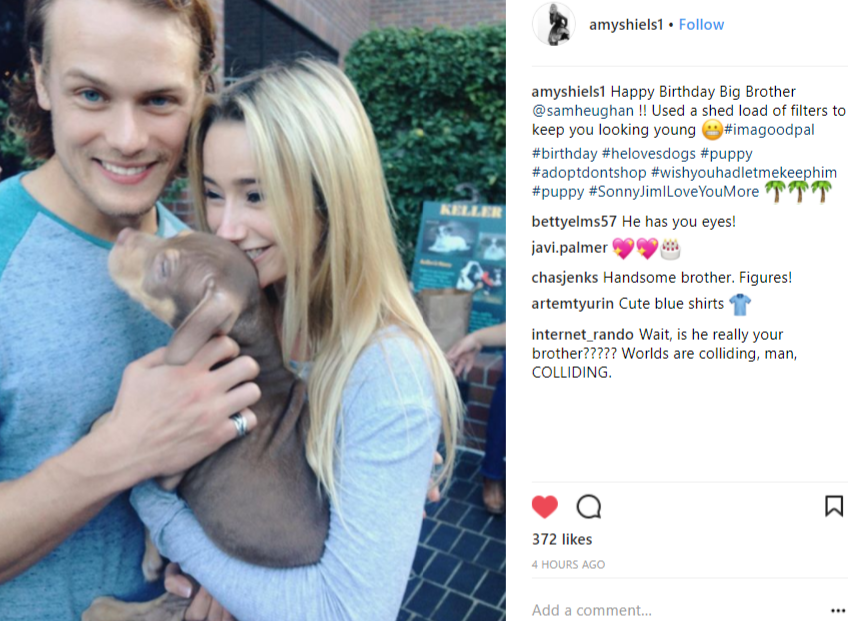 Sam Heughan and Amy Shiels: Heughan’s former co-star Amy Shiels was another woman that was linked to the Outlander actor in 2018. However, there wasn’t any official announcement or statement released by either of them either confirming or denying the rumors.

Many indicated that the Twin Peaks actress Shiels and the Outlander star had dated in the years 2014 and 2016 respectively, but again no one affirmed these rumors.

Additionally, rumors again spread around like a wildfire when an outlet reported that the couple has been going around with each other in 2018. Although the Irish actress shared a post of them looking unquestionably cozy on her official Instagram account, Shiels captioned the picture by writing ‘Big Brother.’

Sam Heughan and Caitriona Balfe: Heughan has been among one of the eligible bachelors in the industry keeping his career as his priority. But theories avid Outlander fans started theorizing whether Heughan had dated his on-screen love interest, Caitriona Balfe.

However, in the early months of 2020 during the BBC podcast, the drop-dead gorgeous Scottish actor said that he views Balfe as his sister and the relationship between them is completely platonic. He also stated that since they have been working together for almost six years the duo work as professionals with them correcting mistakes of each other.

And though Sam Heughan has remained tight-lipped about his relationships, he was vocal in expressing his feelings on social media regarding people who can’t differentiate the real life of the actors from the characters they act on the screen.

A. Who is Sam Heughan currently dating?

As of now, Sam Heughan is not seeing anyone as he is busy with his commitments to his work and keeping his career the priority.

B. How old is Sam Heughan?

C. What is the Instagram handle of Sam Heughan?

Share
Facebook
Twitter
Pinterest
WhatsApp
Previous articleWHEN IS INGOBERNABLE SEASON 3 IS COMING OUT? : CONFIRMED? WHEN REALEASE DATE OF INGOBERNABLE BE ANNOUNCED?:WHAT INGOBERNABLE IS ABOUT?
Next articleMichael Strahan’s Ex-Wife Jean Muggli is Allegedly Attacking Ex-Girlfriend ARRESTED! WHY She did it?